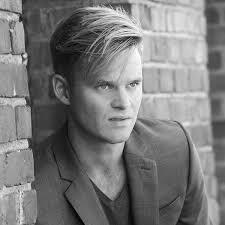 From the subtle accent of a breathtaking acoustic guitar part to the fierce lash of the synthetic melody dominating the frontend of the mix and every bass, percussive and vocal texture emitted in between, to say there are a lot of components to the new single and music video “Streets” from Blake Langdale might be too grand an understatement for me to make. Rather than trying to dazzle us with a straight-laced, minimalistic approach to harmonies as so many of his closest rivals in and outside of the mainstream have been doing in the last few months of 2020, Langdale is doing the unthinkable and going bigger and bolder with his sound in a fashion many wouldn’t be brave enough to produce.

Harnessing the power of crossover electropop beats and a blunt lyricism that could fit in with the postmodernist pop crowd as well as it could the casual listener browsing their FM dial, this singer and songwriter drops a near-perfect hybrid in “Streets” that is brutally honest and frankly brooding, and it’s one of my favorite new tracks to debut in the autumn season without debate.

The vocal that Langdale is putting down in the middle of all the discordance we find between the bass and the percussion is always the main focus in this single, but there are moments in the video in which the way the imagery tethers itself to the music becomes a bit distracting. Indeed, he’s a linguistic charmer to put it quite mildly, but with a strikingly nimble bassline assisting in making the beat feel a little suffocating, it wouldn’t surprise me if the ambient pop scene embraced his sound as much as the typical indie audiences will.

There’s an argument to be made that the lyrics here aren’t even as important as the tone they’re presented to us in, and when taking into account just how profound an emotional subtext some of the verses in this single have, that’s definitely no small statement to make. Langdale wants balance in this release – that much is obvious from any angle of analysis – and I believe the way he’s going about getting it, while being remarkably highbrow, it actually going to attract a mainstream following a lot sooner than later.

If the music video for “Streets” doesn’t leave you spellbound and intrigued by the artistry from Blake Langdale, something tells me that the substance of the song itself definitely will. This is one of the most evocative new singles I’ve listened to in the past month, and while it’s seemingly the product of a budding artist still finding his place in the hierarchy of independent pop musicians, I wouldn’t be quick to dismiss it as just another underground dispatch. There’s some room for this songwriter to grow into his sound more than he already has, but I would be lying if I said that I didn’t hear a lot of intense potential in the very structural highpoints that make “Streets” such a fun listen. Long story short, I’ll absolutely be watching for more of his work in the future.