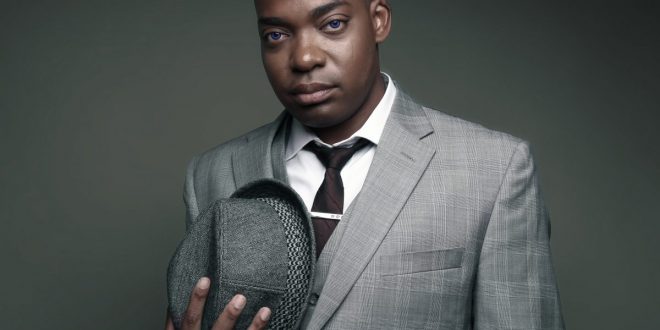 Kenny Alvarez is an emerging hip hop artist based in Brooklyn, New York. Under the name I.K.P. (Infamous King of Positivity), Alvarez has released four full-length albums, each centering around his path toward triumph amidst various life struggles. Following a steady output of singles this year, Alvarez has returned with his latest EP, Radicalize.

The EP opens with “Brand New//Guey,” a track defined by I.K.P.’s striking vocal tonality and contrastingly cool, breezy beat. Throughout, he exhibits a decent sense of command as well as a solid flow that is emphasized with each phase. From what I gather, the song seems to center around Alvarez’s constant tenacity, even while expecting the absolute worst of scenarios. On “Lite Werk//Dahssit,” similar characteristics comprise the track’s construction, albeit with a more pronounced tone and considerable hook factor. Both the intro and verse phases contain uniquely layered synth pads with accompanying bass lines, while I.K.P. focuses on recognizing the truth behind someone’s exterior. By the EP’s midpoint and further on, the third track, “Black + Blue,” and penultimate “Eyez Heavy” highlight two progressing perspectives of drug addiction. Whereas the first deals with the internal sensations associated with being on drugs, the other covers the feelings of dread, emptiness, and a subsequent striving to overcome such crippling circumstances. Once the final track, “Feel Me//Guidaba” comes into play, there’s a renewed sense of faith and hope that comes through in its rhythm. Just as well, Alvarez’s vocal tonality is upfront and exhibits certain clarity that feels especially poignant this time around. Much like the album’s opener, it grips the listener with the same sense of allure, and additionally makes them aware of a new chapter to abound.

Overall, Radicalize serves as the framework for his upcoming full-length, as well as unites both longtime and new listeners to his music. Each song stands uniquely on its own, complete with a well-crafted composition of commanding and ethereal tones, while simultaneously continuing in a cohesive narrative of perseverance. I look forward to how Alvarez expands these concepts on his album, as well as furthers his artistic growth.

I come from a family who is passionate about all things music. I learned to sing at an early age, and by 13, had my very own Fender Strat guitar. I tried my hardest at learning all that I could. Because I was born with cerebral palsy, I had to teach myself an adaptive playing style. I learned to write and record my own music, despite these difficulties. In college, I started making great use of my writing abilities by reviewing music, as well as copy editing. I guess it's best to stick with what you know, while welcoming a fair challenge at the same time.
Previous Finland’s Mauri Dark Draws “Thin Line Of Understanding” With 2nd Single From Upcoming Debut Album
Next Four hobbies to keep up this winter