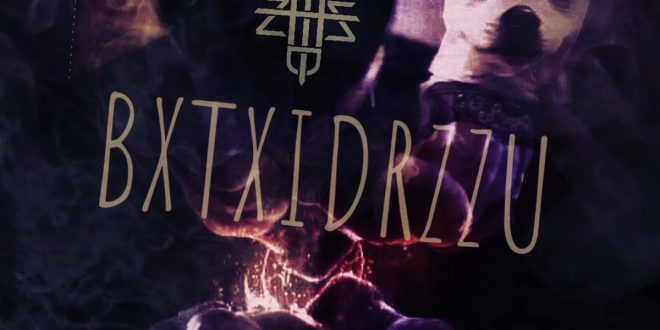 GHZTZD is a masked mystery rapper from Rackencrackerz and the Port of Platoon Collaboration. His identity is a mystery: he is a musician, producer and activist that has donated thousands of his proceeds to minority and women’s empowerment programs. His lyrics are raw and abusive, but he uses that skill to bring change in peoples lives sponsoring therapy, shelter, food, clothing and education to victims of physical, sexual and emotional abuse.

His next release is BXTXIDRZZU featuring 3 unique tracks exploring love for money, sex and freestyle rap battles. It releases 12/5/2020. Songs can be found for free on SoundCloud and his website.

GHZTZD took time out from his busy schedule to answer some questions in this exclusive interview….

GHZTZD is an unusual name for an artist. Can you please tell us how you would say it, and what it means?

GHZTZD means “ghosted”, as in “gone”, “eliminated”. You have been “GHZTZD”, or “forgotten”. It’s technically a monogram symbol, verse spelled out where possible.

You are a mysterious person…you wear a mask when you rap. Are there any fans that no what you look like? Would people be surprised by what they saw? When and why did you first start wearing the mask?

I started wearing a mask years ago. Some of my fans know me because they have been fans of my music for near 30 years. Yes, my fans that don’t know me would be extremely surprised. The pout behind the mask is to lose my skin color, religion, judgement and be a creatively free artist. Also, I represent Port of Platooon, that’s how we roll.

Tell us about your musical past. What artists have you worked with? When did you start writing and recording?

I have played for, played with, collaborated with and produced more talent than I can name in all genres of music. I started rapping in 1986 when Gangster Rap just took off. In the 90s-2015 I was strictly doing metal guitars and vocals in a few well known death metal bands. My first show was when I was 15, and I headlined it then too. Let’s just say I have had friends from long gone rock legends like Layne Staley, The Misfits, Too Short, Black Oak Arkansas, Lita Ford, to almost anyone in the industry at one time or another.

Please tell us all about your upcoming December 5th release.

The upcoming release is my first solo solo release as GHZTZD. I wrote the songs in like 3 days. I am on a mission to drop 100 tracks since July, these tracks make 30 tracks this year. I tapped my way out of suicidal depression after catching Covod multiple times this year, brain fog, all that. Rapping is my way of retraining my mind. All songs are freestyle.

You’ve donated lots of money to various good causes. Please tell us about your charitable works, and why you’ve chosen the causes you give to?