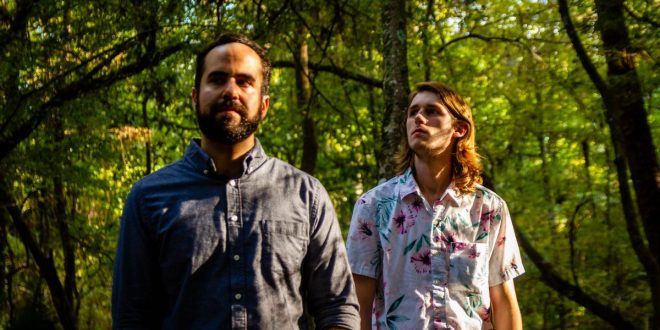 Punk rock was born and bred into Gainesville natives Mike & The Nerve, who have just released their new single “Captive Audience.”

Shaped by a local punk scene which spawned such acts as Against Me!, Hot Water Music and Less Than Jake, frontman Mike Llerena began contextualizing his influences, mixing classic rock with punk and folk with acts like The Gaslight Anthem and Frank Turner serving as constant reference points in his songwriting.

Starting out playing shows and recording music under his name, Llerena has grown Mike & The Nerve into a full-fledged band. He explains “The name ‘The Nerve’ refers to both the idea of nervous energy and having “the nerve” to go and do things that seem personally insurmountable, both of which are topics referenced in a lot of the band’s lyrics.”

Like many of his peers, Llerena’s new music is inspired by the ongoing pandemic. The band’s latest single, the folk-punk tinged track “Captive Audience,” takes a look at the issues we’re facing this year from all sides. “The song is about people from two different ideological perspectives experiencing the madness of 2020,” says Llerena “A global pandemic, long-term quarantine, an economy in turmoil, sociopolitical unrest and a division that appears heightened because of it.”

Along with the single, the band has released a stunning animated lyric video created by visual artist JD Pounds.

“Captive Audience” is now streaming on Spotify and all major platforms.