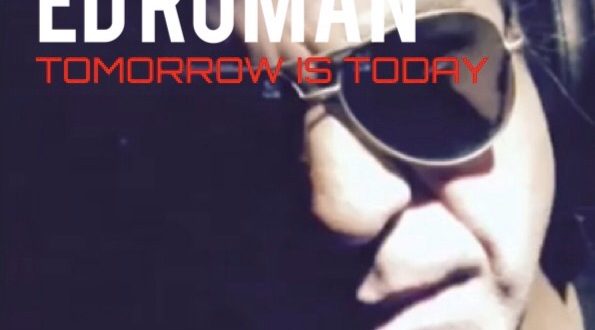 The iTunes chart-topper from Canada edited his latest music video on an iPhone 8. The single is from his forthcoming album, “A Recipe For Perpetual Spring.”

With the international success of Ed Roman’s award-winning animated opus, “Red Omen,” the Canadian singer-songwriter and multi-instrumentalist cemented himself among the most innovative music video artists of the past 5 years. Ed continues down that creative corridor with his latest release, “Tomorrow Is Today.”

Edited completely on his iPhone 8, Ed Roman has managed to capture the energy of the instruments and the intrigue of the lyrics in this 5 minute film. Drone footage is also utilized, bringing in another cutting edge element.

“Tomorrow Is Today” was produced, filmed and edited by Ed Roman, with additional footage shot by Jason Yarwood. The drone was operated by Sheldon Street.

“For whatever it’s worth I edited this entire video on an iPhone 8,” said Roman. “To say the least, it was an epic journey into trying to figure out how to get files to talk to certain apps in my phone. At one point I thought about throwing my phone out the window but regardless I persisted.”

ABOUT ED ROMAN: Ed Roman is an Award-winning singer/songwriter, performer and multi-instrumentalist from Shelburne, Ontario, Canada. Blurring the lines between pop, rock, folk, and country music genres, Ed’s uniquely crafted songs have received regular rotation on more than 100 terrestrial radio stations across North America and more than 600 stations, worldwide. His music video for “Red Omen” helped raise awareness for Dyslexia, a “gift” that Roman is personally affected by. The video has been selected for dozens of film festivals, winning multiple honors, worldwide. He is also a #1 iTunes charting artist. http://www.edroman.net

Previous Single Review: Joey Phantom “Joint And A Juicebox”
Next ETERNAL FREQUENCY Release Official Music Video for Cover of QUEEN’s “The Show Must Go On”!