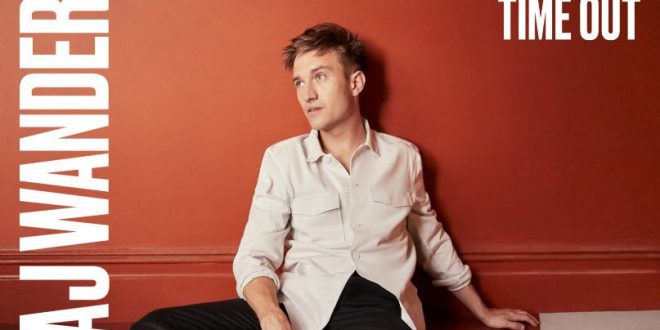 Introducing AJ Wander, the newest singer songwriter from the U.K. who managed to use lockdown to kick-start his career in the music industry. Before Covid-19 struck, Wander was doing the hotel and bar circuit as a cover artist playing unique renditions of other people’s songs. When the virus hit and all touring opportunities were postponed, Wander used his newly found free time to dive into his own music and release “Time Out,” his debut single out now. Music Existence spoke to Wander about the new single, what he did during lockdown and plans for his upcoming EP release in 2021.

ME: You got your start playing piano covers in bars and hotels around the U.K. Who were your favourite artists to cover?

Oooo good question. If I had to give you favourites I’d say: Paolo Nutini, The Eagles, The Killers and Elton John

ME: While everyone loves a good cover band, what are the challenges to the cover band scene that people don’t realize?

For me the biggest challenge was knowing that I was spending time playing other people’s songs whilst I wanted nothing more than to be performing my own…..but bills had to be paid. Another more general challenge is not knowing what you’re going to be playing or who you’ll be playing it with until you get to the gig, but that can also be the most exciting and often hilarious aspect of the job!

ME: When lockdown happened and you shifted your focus to writing your own music, what sparked the creative bug inside you?

The creative bug has always been there, I started writing aged 14 and haven’t stopped since. I’ve known that I’ve wanted to release my own music for a long while now but since leaving a band project in 2017 I got side-tracked into paying bills by playing covers. For a few years I was continuously kicking myself to take the plunge and throw everything into getting my music out into the world, but the responsible voice in my head kept on interfering. Thankfully that voice has finally been muzzled and I’m spending every waking moment either working on new music or on plans for releasing it.

ME: Do you have any other creative outlets other than music?

I’ve dabbled with a paint brush from time to time but I’d say that more frequently results in frustration over creation! I’d love to learn how to paint properly some day.

ME: What else did you do while in lockdown? What were you binge watching on Netflix and did you give into any lockdown fads like baking banana bread?

Stuff I did in lockdown: Lots of walks in the countryside. Bought some running trainers, went for 3 runs, knees started hurting, put running trainers in cupboard, left them there. Drank lots of wine with my housemates. A ton of gardening. What didn’t I watch on Netflix!? Some personal highlights were: Fargo, Ozark & The Office US for the 865384265 time.

ME: When the touring industry resumes are you excited to start playing your own songs opposed to covers on the road?

YES! There’s nothing else I’m craving more right now than to get out on the road with my own songs. I’m ridiculously excited to perform these songs for actual humans on an actual stage. Even if they’re throwing empty beer bottles at me, there’s nothing like the buzz of performing live.

ME: What was the last concert you went to before shows stopped?

My old band ’Tors’ at Scala in London. It was a few days before lockdown started here in the UK. They smashed the gig. We then drank far too many beers and by the time my hangover had faded, lockdown had begun.

ME: If you could pick any artist to see once touring resumes, what concert are you going to?

If I only get to pick one I guess I’d have to go with Paolo Nutini. I’ve adored his music for years but I still haven’t caught him live yet. It’ll happen though I’m sure, it’ll happen.

ME: What can fans expect from your EP coming out in 2021?

It’s breakup EP through and through and there’s no disguising that fact. However, I hope the EP is hopeful and inspires the notion of finding positive perspectives in crap times. I want it to be an EP that people can sing along to without feeling guilty for smiling whilst they do so.