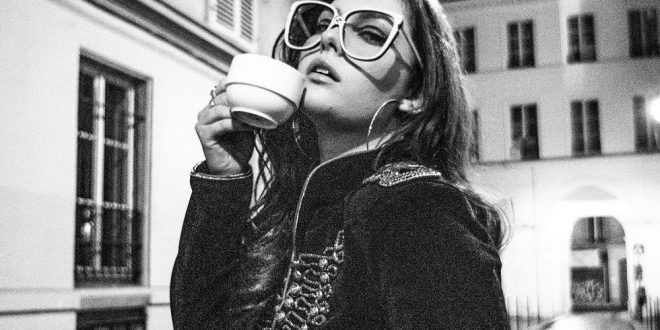 In her second single, titled “Tiffany’s,” Taylor Colson continues to impress critics with the muscularity of her melodicism with quite the intriguing twist. Rather than putting out a single and music video containing the same mix of one song, the former relies on a more conventional, radio-ready rendition of “Tiffany’s” while the latter invites a slimmed down, piano-only version into the fold as if to challenge the woman with the microphone in her hands to keep up with the conflicting arrangement. Colson comes into both takes of this composition with enough swagger to take down virtually anything that comes in her path, and whether you were listening to her prior to this cut or not, I think you’re going to be as impressed as I was with her abilities as a solo performer.

The piano is the bread and butter of “Tiffany’s” beside the crooning in the eye of the storm, and it isn’t dolled-up with anything that would expand outside of what simplistic composing would require it to be. There’s chemistry between the instrumental faceting and the vocal that winds up channeled into the lyrics, giving us a moodiness in every verse that I haven’t been able to evade in any listening session I’ve spent with this single or the video. They’re both sensationally evocative documents, and best of all, they’re able to be thought-provoking without devolving into a predictably political territory on any front – as has been the case with too many of the indie pop releases I’ve reviewed in the past ten months.

I really like how stripped-down the music video for this song is, and had it not been as conservatively-styled as the source material – at least in this instance – is, I don’t know if it would have spotlighted Colson’s pipes as much as it ultimately does in this scenario. She doesn’t need very many bells and whistles to sound like a legitimate superstar; truthfully, with the talents she’s got at the moment, she could front a band as easily as she could do something purely vocal-based, along the lines of a retrospective on vocal pop or first wave jazz even. This is a good use of her skillset, but I doubt it’s the best we’re going to hear from her camp in this lifetime.

2020 has had some amazing indie debuts for a year that hasn’t had a lot of positive news to report back about, and from where I sit, Taylor Colson’s “Hurt Me” was absolutely one of them. Now, with the release of “Tiffany’s,” she’s continuing her story and filling in an epilogue to her rookie single that could go a long way towards establishing her as a mainstream contender in the years to come. It’s still really early to tell how far she’s going to go in this industry, but if I were to go off of her creative moxie exclusively, I would have to say that we should expect an even high quality of harmonies in her future recordings as a solo player.