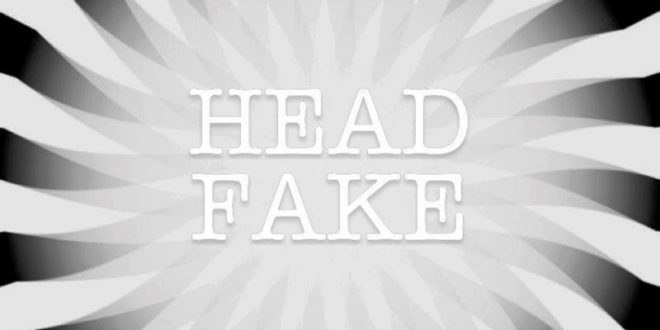 Head Fake is an international-based project, its members hailing from London, England, New York City, New York, and Miami, Florida. Each member assumes a mononymous identity, being simply known as Michael (multi-instrumentalist), James (bassist/vocalist), and Ivan (producer). Up to this point, the trio has released three EPs: Head Fake, EP2, and their latest, EP3, all of which combine a nostalgic, 80s new wave backing with poignant, somewhat uplifting thematic focus.

EP3’s opening track, “Hollywood Dreams,” is considered a highlight, as it centers on the miraculous moment of clarity a person experiences while on the path to overcoming addiction. There’s an interesting subtlety to the arrangement of its elements, with the front-and-center vocals being held steadily by the noir-esque synth chord sequence. As the song progresses, its tones become increasingly brighter and resonant before returning to form later on, much like the subject of the song gradually piecing their life together again. On “You Could Come Around,” the momentum shifts to that of an upbeat dynamic, sporting a more forthright synth melody and accompanying acoustic guitar. The song’s scenario emphasizes the process in which one emotionally moves on, starting the fizzled-out meetups, growing distance, and most importantly, the courage to maintain a foundation of self-respect. Going into the EP’s flipside, the transition into “Silence” and subsequent track “All I Carry” represents the lapse in which one comes to terms with their surroundings and ultimately recognizes what fulfills them. At the same time, the involvement briefly disperses and reconstructs from one of bleak despair to a type of melodious longing.

Later on, the remaining tracks signify an emphasized, somewhat brutal honesty. Whereas “We Are Stars” deals with the expression of depressing, morbid feelings that society is hesitant to hear about, “Feel Like Going Home” reinforces that longing, albeit with a push toward contentment as if attempting desperately to leave the pain in the past. By the final track, “JFK,” the instrumental involvement becomes especially catchy, with suave vocals complemented by slick, bluesy lead melodies. I appreciate the implementation of space around the track, and the subject’s seeming to project a milieu of traversing in a timeless, hazy dream in an effort to reestablish their worth in life.

Overall, EP3 is a solid release that punctuates the sentimentality of our current pandemic era. Each song views various vignettes of a subject’s new wave-accompanied emotional journey, complete with well thought out instrumentals that contribute an additional visual aspect to the presentation. For a band with little concrete information as to who they are, their music continues to sufficiently supplement, as well as further encourage curiosity among listeners.

I come from a family who is passionate about all things music. I learned to sing at an early age, and by 13, had my very own Fender Strat guitar. I tried my hardest at learning all that I could. Because I was born with cerebral palsy, I had to teach myself an adaptive playing style. I learned to write and record my own music, despite these difficulties. In college, I started making great use of my writing abilities by reviewing music, as well as copy editing. I guess it's best to stick with what you know, while welcoming a fair challenge at the same time.
Previous Single Review: Marty Monaco – “Monaco Madness”
Next Single Review: Taylor Colson “Tiffany’s”