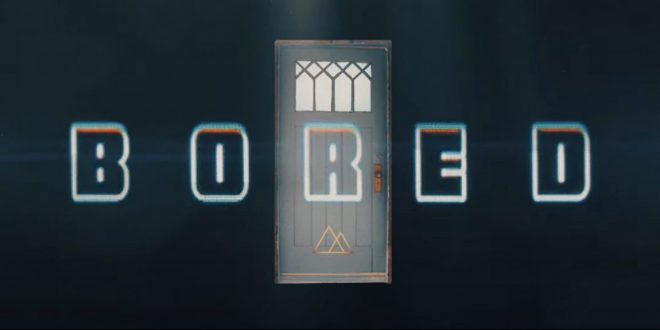 Lately it seems as though American pop music has become entirely focused on lyrical emissions over instrumental expressiveness, but I would be lying if this seemed to be the case with Pretty Awkward, particularly when I listen to their new single “Bored.” Released as both a track and a music video, it can be said that “Bored” is a lyrically smart piece of material, but it’s hardly a cathartic song exclusively because of the verses that comprise it. Harmonies are as heroic as they come here, and when under the direction of Pretty Awkward, they move mountains all on their own. This is a good time to be into the indie end of the music business, and if you didn’t think so before, this band is bound to change your mind.

Though the poetry element covers a lot of ground in “Bored,” the instrumentation is what takes the emotionality in this track to the next level. Pretty Awkward spend a lot of time hammering away at the actual brawn of the beat rather than conceptualizing it in a postmodern haze, as so many other indie rock bands groups have in 2020, and in choosing to focus on the physicality, they make it awfully difficult to accuse them of trying to blend in with any part of the minimalist revival a lot of critics have been discussing in the underground over the last two years or so. They’re not a throwback to classic rock, but they care about amplified heat as many as any of the legends did.

There’s definitely a lofty ambitiousness to the music video for “Bored” that transcends what the band was initially trying to accomplish with the release of the song by itself, but it’s offered to us with enough creative self-control to prevent any of its core components from slipping into silly, pointlessly over the top indulgence. It isn’t written anywhere in history that being liberal with aesthetic in the recording studio means you have to overwhelm the audience with as much fuzz and string-attached virtuosity as possible to be authentic and true to form, and to a large extent, Pretty Awkward are driving that pint home here. Checks and balances are essential to good government, but they’re also key to preserving the sexiness of the groove in a song like this one.

I’m intrigued by Pretty Awkward’s sound for sure, and I’m going to be keeping an eye out for their next release to follow their development as a studio act. There’s still a lot in their style of play that could be matured and brought into a more robust state than the one we find it in with the release of “Bored” this October, but for what their competitors are having to work with nowadays, I think they’re in really good shape to make a splash when and where it counts right now. Rock is at its most volatile in this era, and it’s going to take players like these to keeps its most important attributes alive and kicking into the next decade.