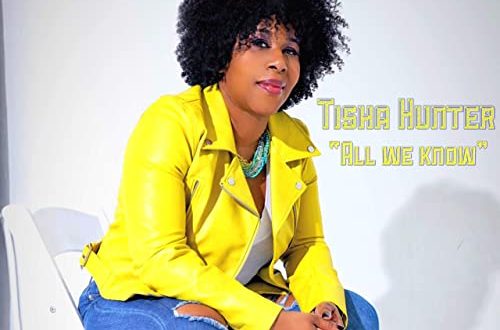 The jazzy strut of the opening bars in the new single and music video from Tisha Hunter, titled “Right Now,” is more than enough to grab our attention and get us interested in the ensuing groove the song has to share, but roughly fifteen seconds into the track, we find a lot more magic to stick around for through Hunter’s own vocal. Her voice is powerful, the words she sings made all the more weighty through a delivery that implies nothing but truth, a humble attitude and a desire to be heard, all of which are becoming rather difficult to locate in much of contemporary pop.

As we get into the guts of “Right Now,” it would appear as though the confidence level in our singer grows exponentially with every beat she straddles. There’s never an occasion on which she sacrifices a bit of tonality in exchange for bringing a little bit of predictable pop polish into the mix, but at the same time, she never really has to worry about the application of an external varnish. Her singing is dressing up this song all by itself, taking it from simplicity to sophisticated well inside of the first sixty seconds it fills the air around us.

There’s an unrelenting barebones feel to the music video for this single that I was immediately drawn to upon hearing about Tisha Hunter for the first time just this past September, and because its main allure is the woman of the hour herself, we aren’t even presented with an opportunity to divide our attention between two powerful components here. The spotlight is always transfixed on one person and one person alone in this performance, and if you ask me, she couldn’t sound much more adept and prepared for her moment than she does in “Right Now.”

At a moderate four minutes in total running time, something tells me that Tisha Hunter’s “Right Now” will neither be the longest nor the shortest gospel-pop tune you seek out before the year 2020 has faded away and 2021 starts to come into focus, but for what I look for in this genre, it has an ample amount of luster I don’t see myself tiring of anytime soon. Hunter, like all rookies, will have to prove a lot to the establishment and herself to get over the hump that stands between her raw creativity and a real future in this game, but I like how brazen her opening shots in “All We Know” and this most recent offering have been from all angles.