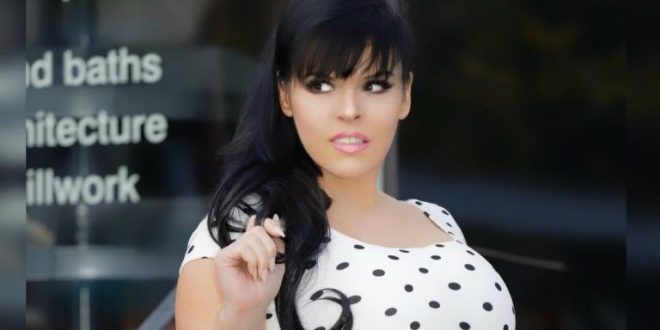 Anna Azerli is a pop artist, actress, and model. Born in Wellington, New Zealand, the untimely passing of her parents prompted her to move to Berlin, Germany. By age 16, Azerli would relocate to Milan, Italy, becoming an opera protégé at Accademia Teatro alla Scalla. In 2009, at the height of the global economic crisis, her pursuits gravitated more toward contemporary music, given the shutdown of opera houses, and it was around this time that she also crafted her own musical identity. Later on, she relocated again to Los Angeles, California, where she resides today. Since moving to the United States, Azerli has put out two singles – “Falcon,” released in 2019, and her latest, “Love for a Day.”

Azerli’s new single is quite the contrast from her previous hybrid of opera and electronica, opting instead for a pop rock guitar/piano-driven sound. Her vocal tonality is a highlight of the song, transitioning from silky, sensual, and calm during the verses to a fierce, passionate plea in the chorus, as she emphasizes how love is a genuine force to be cherished. The second time around is when her vocals especially resonate. As the percussion and string accompaniment becomes not only rousing but better-defined, she exhibits significant command in the newly-introduced, colorful harmonies that surround the momentum before the chorus, making the impact of the next chorus much more evident. “Love for a Day” proves to be another solid example of Azerli’s abilities, and I’m looking forward to hearing what she has in store down the line.

I come from a family who is passionate about all things music. I learned to sing at an early age, and by 13, had my very own Fender Strat guitar. I tried my hardest at learning all that I could. Because I was born with cerebral palsy, I had to teach myself an adaptive playing style. I learned to write and record my own music, despite these difficulties. In college, I started making great use of my writing abilities by reviewing music, as well as copy editing. I guess it's best to stick with what you know, while welcoming a fair challenge at the same time.
Previous EP Review: Peat Lynch – Floodwall
Next Album Review: The Wild Stares “Automatic Writing Machine”