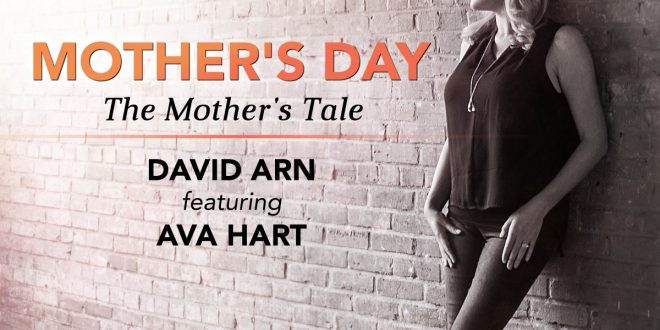 “A subdued, introspective song that glows with the warmth of a mother‘s love…unmistakably authentic” – Static Dive

What do a beggar, an exile, the mother of a child on the autism spectrum, a photographer, and a veteran have in common? All are part of the entourage on David Arn’s latest album “Traveler Tales”. Fourteen travelers, each relating their situation through song.

One such traveler has made its journey to the top of the charts. “Mother’s Day–The Mother’s Tale” reached #1 on the iTunes Alternative Folk songs chart in South Africa. The song was crafted with vocalist Ava Hart in mind. Ms. Hart is the mother of a young child on the Autism spectrum. Their story provides the relevant background for the heart-warming track.

Watch the video directed by dancer, Nastya Memphis at https://www.youtube.com/watch?v=LV2c0T480V4&feature=youtu.be.

“Traveler Tales” was released on September 8th. It is pure Americana, a miscellany of folk and soft rock. As everyone’s life is distinctive, each song varies in style to reflect the unique personality of the traveler. Each song is rife with the introspective lyrical quality Arn’s listeners have come to expect.

The album was mastered at Abbey Road Studio by Alex Wharton (McCartney, St. Germain, The Pixies), who said, “(Ava Hart) has an amazing soulful aura.”

ABOUT DAVID ARN
David Arn is a U.S. singer-songwriter based in Virginia, who is best known for his lyrical style. He currently has three albums, “Postmodern Days” , “Walking in Dreamland” “Traveler Tales” and numerous singles. Three of his music videos have been Film Festival award winners. His music is streamed worldwide and has been featured on NPR stations, BBC Radio, and can be heard on Delta Airlines commercial flights. http://www.davidarn.com/

ABOUT AVA HART
Born into a family of singers and performers, Ava has been singing on stage since the age of 2. She has taught music, and for the past fourteen years has worked as vocal coach and instructor to Academies, Dance Studios, and Theaters. She is the mother of a young child with autism, and this is the basis for the song “Mother’s Day–The Mother’s Tale.”