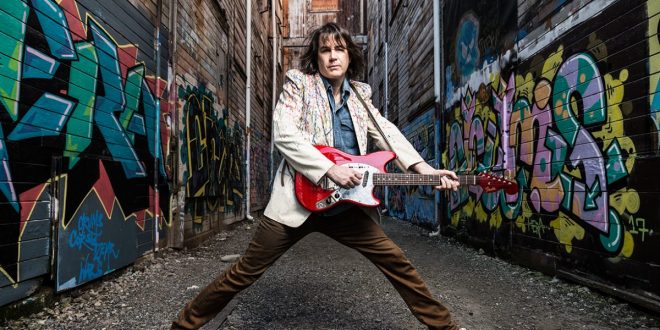 Adorned with a familiar rock n’ roll sting that has become a little harder to locate in the mainstream spectrum over the last couple of years, Pennan Brae’s “Crashland” doesn’t conceal its musical ambitions from the audience for a second – whether we’re watching the video or listening to the song by itself, the toned muscularity of the instrumentation makes it pretty obvious what Brae was trying to accomplish in this release. A pop-rocker with a DIY spirit uncorrupted by the commerciality of an increasingly jaded radio culture, “Crashland” could be just the vitality this genre needed to get through the autumn of 2020.

Though a compelling surface-level feature, the guitars aren’t what I would classify as the big draw in this single at all. Contrarily, the subtly-stylish lead vocal Brae inserts between the ridges in the groove could definitely qualify as being the most provocative element in the mix, if not the primary facilitator of catharsis as we wrap around the bluesy strut of the percussion.

Were he not as gifted with the mic in his hand as he is in this instance, I don’t know whether or not “Crashland” would have felt as cohesive as it does here, especially when taking into account just how much physicality its instrumentation has when left uncontrolled by the command of the vocal.

“Crashland” doesn’t change the world with its beat, nor does it necessarily sound like a song that is going to put Pennan Brae on the cover of Rolling Stone next month, but what it does tell us about the future of this singer/songwriter is substantial enough to warrant multiple listens. There’s a duality in his composing style that is really starting to blossom through the making of music videos like the one recently produced for this single, and while the track debuted two whole years ago, it actually seems a little more complete and mature now. Brae has my attention, and he’s undoubtedly earning that of my contemporaries as well thanks to this marvelous work.