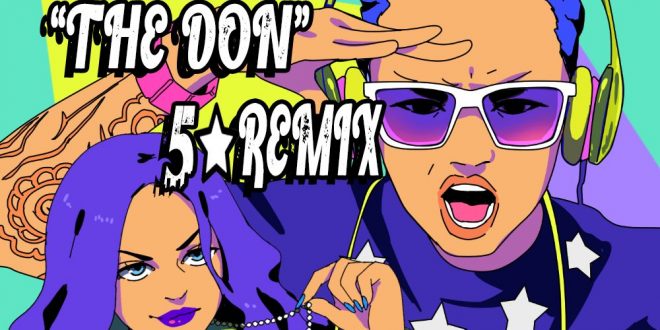 “The Don (feat. DJ Mary Mac)” Club Royale Remix exhibits hypnotic beats with Writes’ signature vocals sampled over them. The track shows off Writes’ power as a lyricist. With DJ Mary Mac’s beats, Writes has a new vehicle to transport her cutting lyrics to the ears of listeners. One of the most in your face aspects of the remix is the pace of the song. The beats come quicker and so do Writes engaging lyrics.

The opening line of “The Don” is a true treasure as Writes raps, “I don’t trust nobody if their words don’t match their labor!” Writes calls out haters on the track in ways only she can, “love me or hate me, which spot you felt first?” It is that approach to lyrics and hip-hop that drew DJ Mary Mac’s attention and desire to work with the New York City rapper.

DJ Mary Mac is known internationally as one of the top DJs in the music industry. Her performances and production landed her a spot on tour with Madonna and later, led to her being The Queen of Pop’s full-time DJ. The success of “The Don” led to DJ Mary Mac’s interest in creating a remix and collaborating with Writes.

Music isn’t the only area that drew Writes and DJ Mary Mac together. The duo shares a love of snowboarding. They have already begun discussions on future music collaborations with a focus on developing music for snowboarding and extreme sports. Writes has a long history in snowboarding and devoting time to create interest in the sport for others. As black Americans Writes and DJ Mary Mac hope their love of the sport will grow and connect with other people of color.

Writes released the original version of “The Don” in September alongside a music video filmed by The Sekret Servis. The video was shot in Writes’ hometown of New York City and features her rapping around the city. The video received rave reviews from fans and in a short time, received over 22,000 views.

You can watch the music video for the original single on https://www.youtube.com/user/MirandaWritesLPDEnt/videos.

Miranda Writes is a New York City-based independent hip-hop artist. She is known for her eclectic and edgy sound that crosses over into multiple genres. The rapper, singer, and songwriter seamlessly intertwines a myriad of musical influences. Writes is the first female emcee to cross over into the snowboarding market. She is the New York City ambassador for the Chill Foundation, which works with underserved youth to overcome their challenges through board sports.

While protest songs never went away, a worldwide awakening has created a need for more …