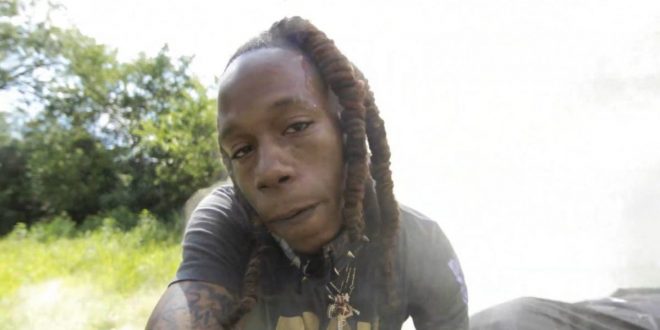 Speedyville Nardy is a hip hop artist from Los Angeles, California. Having marked late 2019 with two full-length mixtapes (ChiRaQian and Mail Season), and the early part of this year with the Petey Blanko collaboration March Madness, the up-and-coming rapper reaches a new milestone on his latest release, BraveHeart Musik. It is his first proper album, and is this time put out through his own label, Pack Money LLC.

After listening to Speedyville Nardy’s previous releases, this one is a definite step up in terms of both production and songcraft. The opening titular track has a lot going for it already. Instrumentally, its smooth, warm piano melody layered on crisp percussion provides a decent initial set up, while Nardy’s vocal tonality works alongside that involvement to punctuate those qualities. I appreciate the two forms his voice takes on throughout the song — one forthright, loose, and rapped, while the other is sung but in a subdued, passive contrast. From a thematic standpoint, Nardy reflects on the personal losses he has experienced in life — made even more resonant by the presence of Covid-19 — and the subsequent struggle to soldier on bravely. The tracks to follow, “ Married 2 Da Blocc” and “Transformed Standards” seem to speak of resilience, and subsequent growth. From the initial track’s somber-tinged guitar melody, it signifies the notion that Nardy’s troubling circumstances, regardless of how present they seem on the surface, somehow become a part of his moving forward. By the subsequently accentuated piano melody of the other track, it further reinforces his especially hardened temerity when it comes to acknowledging them. Another transition happens between the tracks “Sackrafice” and “World Star (Viral Lick),” centering around trusting your instincts, and in doing so, being able to distinguish the fickle hangers-on from those who matter.

Coming out of the sheer, somewhat smoke-and-mirrors adulation of a romantic partner in the first side’s capper, “Percosex,” there’s a decent highlight in the album’s seventh track, “98 Monte Carlo,” which kicks off its latter half. The song’s title, alluding to an older model Chevrolet, speaks a lot about its direction. I like how the guitar accompaniment that plays throughout assumes a neutral tone as it covers various vignettes of his life – starting with a nostalgic angle of owning the car, and jumping to his first love, and but then proceeding to later instances where the line of innocence is increasingly blurred. The extent of the path is again expressed in the ninth track, “Death Burn” This is an acoustic guitar-driven track that makes way for a tender, and especially poignant side of Nardy, as he talks about having to fend for himself given his mother’s death from cancer, and his father being absent from his life. The emotions up until this point accumulate into the final track, “Eulogy (VIP),” maintaining a sense of maturity and a generally grounded spirit. Nardy recalls the death of one of his close friends, a woman who was in the midst of raising her daughter, and accentuates that sentiment with a sincere prayer. Ultimately, Nardy stresses that he has since seen his own mortality in a new light, and vows not to take his life for granted.

Overall, BraveHeart Musik is a solid hip hop album for the Covid-19 era. Nardy has clearly learned a lot about how production affects presentation, given how the level of artistic progression within his previous mixtapes led to a more polished showcase of instrumental involvement. The album’s thematic aspect is implemented well, as what initially comprises an uncertain, somewhat trippy vocal haze is made increasingly coherent and substantial with every song. This is only the beginning for Speedyville Nardy, and I’m already curious as to what he will offer for his next major album.

I come from a family who is passionate about all things music. I learned to sing at an early age, and by 13, had my very own Fender Strat guitar. I tried my hardest at learning all that I could. Because I was born with cerebral palsy, I had to teach myself an adaptive playing style. I learned to write and record my own music, despite these difficulties. In college, I started making great use of my writing abilities by reviewing music, as well as copy editing. I guess it's best to stick with what you know, while welcoming a fair challenge at the same time.
Previous NO FLAG (RAOUL KERR – BLOODYWOOD) Set to Unite with “Raise No Flag”!
Next GLASS HELIX Releases Self-Directed Music Video for New Single, “Control”!