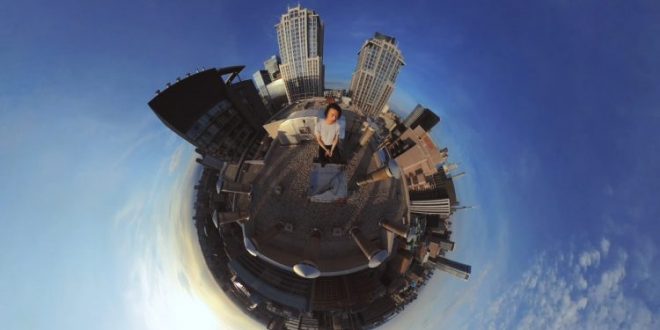 Victor Xu is a Canadian alternative R&B singer/songwriter located in Toronto. Stamping the mid-to-late 2010s with two EPs under the artist name Vixu (2016’s Naïve, and its 2019 successor Husht), Xu has returned this year with the follow-up single, “Jackie.” To boost its presence, he submitted the song to the acclaimed podcast R&B Radar. The hosts took the single on, and despite receiving an unfavorable review, Xu accepted their reactions with grace, and decided to complement the song with an accompanying music video.

The self-produced video sees Vixu in several parts of the city, newly desolate given the impact of Covid-19. This imagery, combined with the glitch-laden transitions to him in dark-tinted rooms, seems to convey a multitude of emotions that fit within the relationship-based context of the song – the initial feeling of loneliness, the gradual acceptance, and the eventual excitement in starting a new love affair. In a sense, much like the song, Vixu’s striking out allowed him to further express himself artistically, rather than deter him, and at the same time, reinforced his ability to move forward.

I come from a family who is passionate about all things music. I learned to sing at an early age, and by 13, had my very own Fender Strat guitar. I tried my hardest at learning all that I could. Because I was born with cerebral palsy, I had to teach myself an adaptive playing style. I learned to write and record my own music, despite these difficulties. In college, I started making great use of my writing abilities by reviewing music, as well as copy editing. I guess it's best to stick with what you know, while welcoming a fair challenge at the same time.
Previous Single Review: Moonray – “When You’re Around”
Next Izzie’s Caravan Releases 2nd Single From “Blow The Lid”