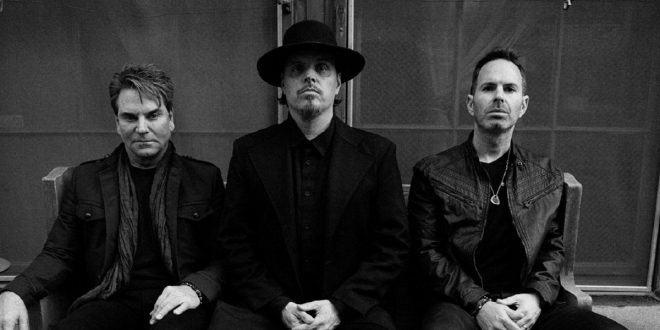 With a grizzly stomp acting as its main beat, there’s no describing the punishing sonic pull of ASHRR’s new single/video combo “Waves” without using words like brutal and aggressive, but in the best sense imaginable. For ASHRR, pushing the envelope with their work is beginning to feel like their calling card, and on this front, “Waves” is no different from anything else they’ve released in the past year. Fresh off of a debut album that brought them the attention of critics around the country, this west coast outfit is sounding more than focused in their new single; if you ask me, they sound determined to move mountains.

Shortly after the two minute mark in the track, we find a spacey breakdown that sees ASHRR somewhat suspended in motion, freezing the anxious gallop of the drumbeat that preceded it and leaving us in a moment of true surrealism both evocative and telling of the group’s creative spirit at this point in time. There’s a psychedelic bend to this composition that wasn’t present – or at least audibly noticeable – in their rookie release, and if it’s tapped into properly, it could add even more color and intrigue to an already exciting young song.

“Waves” fades away in a patchwork of reverse tape echo and meandering reverb, scattering the track’s main melody into the wind like ashes soon to return to the earth from which they were drawn in the first place. ASHRR have an alternative rock dynamic in their sound that a lot of artists would kill to possess for their own music (while others have so infamously discarded it for no apparent reason at all), and while they’re not the only L.A. band you should be listening to in 2020, they’re presently one of my personal favorites to have dropped new material this September.