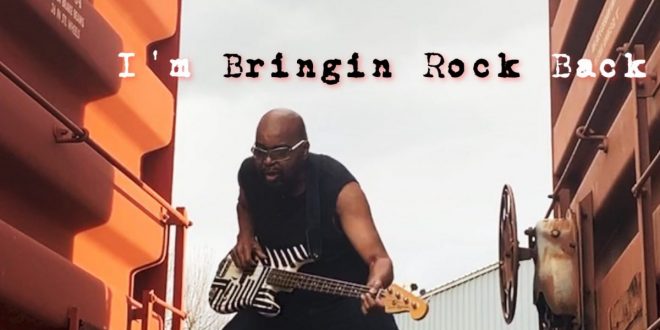 Billy Ray Rock mentions rock music’s biggest names in “I’m Bringing Rock Back.” It’s the follow up to his #2 iTunes South Africa hit, “Get The Funk.”

“With its undeniably infectious funk-rock hooks and quotable lyrics, it’s a high possibility that Billy Ray Rock really is ‘bringing rock back’ with this jam.” – MusicExistence

Hot on the heels of his chart-topping dance anthem, “Get The Funk,” the “King Of Ghetto Rock” Billy Ray Rock returns with the follow-up single, “I’m Bringing Rock Back.” The 3 1/2 minute-long track names more than 45 rock stars and influential bands from Aerosmith to the Red Hot Chili Peppers.

“Bringin’ Rock Back’ is my homage to the many rock bands and artists who have contributed to music as a whole, both past and current. This is my tribute to the influences of those bands and artists on my career. It is gritty, raw, and free of auto-tune…this is rock music at its finest!”

ABOUT BILLY RAY ROCK: Billy Ray is originally from Mt Pleasant, Texas. While residing in the northwest, this youngest of 11 developed a storied history in music, including time spent as ghost music producer. Billy Ray plays more than 10 instruments, and he is the Lead Vocalist for the rock band, Level 21. While he remains the Lead vocalist for the band, he has embarked on a solo career. He is also the father to 2 daughters and a son. For more information please visit http://www.billyrayrock.com.