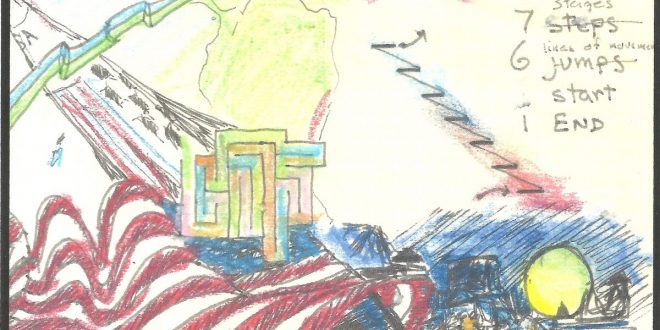 Few artists these days go against the grain to follow their musical compass, but with their new album, ‘Undesirables and Anarchists’, the Little Wretches prove that sometimes, sticking with your sound and fully executing is a reward in itself. It’s fitting the new record is titled the way it is, because the spirit of the underdog, the misfit, the outcast is championed throughout the album. In the album opener, ‘Silence (Has Made a Liar Out Of Me)’, the Little Wretches sing ‘harsh words cut me easily’ in a punky, rebellious way that only the best Alt-Rock acts can pull off. There are shades of almost British-sounding influences of Oasis, Artic Monkeys and The Who, while still retaining a distinct, carefree sound that is so original to the Little Wretches’ style. Not lacking in creativity and outrageousness, the album is scattered with unexpected little surprises to keep listeners on their toes. In the harmonica-infused ‘I Rather Would Go’, the Wretches sing “You’re born into captivity, you don’t know you’re a slave” – a pretty bold statement to make – but it works for the Little Wretches’ brand of edgy, irreverent music. ‘Undesirable and Anarchists’ is slightly bratty and chic, but also undeniably cool. Don’t miss out on listening to ‘Some Day’, a harmony-heavy Enya-like chant interlude that further showcases the Little Wretches’ risk-taking attitude. In colouring outside the lines, the Little Wretches have struck a sweet spot between indie-pop-rock gold and a unique originality that is true to them.