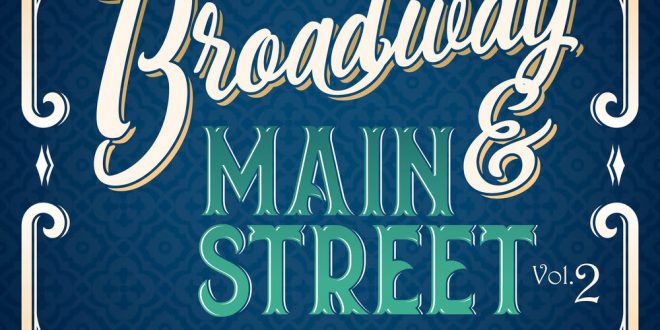 Voctave to release sequel album, The Corner of Broadway and Main Street Vol. 2 (Out Oct 6)

Voctave is an a capella group based in Orlando, Florida. Bolstered by an impressive 11-member lineup, each member provides a signature tonal aspect that has so far defined three albums, multiple number one singles, and over 350 thousand YouTube subscribers, since forming in late 2015. On October 6th, the group will release The Corner of Broadway and Main Street Vol. 2, the highly anticipated sequel to their critically acclaimed 2019 album.

Pre-orders for the new album began last April 3rd via an Indiegogo campaign. In total, the campaign amassed $11,825 from 260 backers, which was 59 percent of a $20,000 flexible goal. As of September 29th, all CDs have been shipped and digital download links were emailed, which backers have received a week before the album’s official release. Backers were also provided an opportunity to sing on the new album as part of Voctive’s virtual choir, which could be learned about through the group’s website.

For more info on Voctave

I come from a family who is passionate about all things music. I learned to sing at an early age, and by 13, had my very own Fender Strat guitar. I tried my hardest at learning all that I could. Because I was born with cerebral palsy, I had to teach myself an adaptive playing style. I learned to write and record my own music, despite these difficulties. In college, I started making great use of my writing abilities by reviewing music, as well as copy editing. I guess it's best to stick with what you know, while welcoming a fair challenge at the same time.
Previous EP Review: DW – Dragon Force
Next Single Review: “Anthem” by Quianna Crute (feat. Canton Jones)