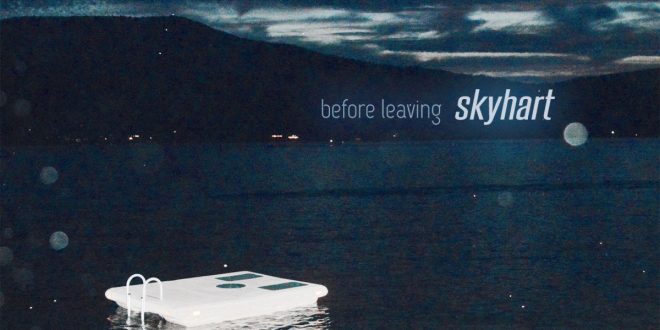 For Salem, Massachusetts singer-songwriter Tristan Gilliss,  acoustic songs were a way to strip away the layers and examine life’s trials and tribulations in it’s rawest of forms. Gilliss started his musical journey under the moniker Situational Irony 101 in 2015. After that project grew from a solo acoustic outlet to a fully fledged band, Gilliss felt the need for a new outlet for his quieter, introspective, and with the encouragement of hist band, Skyhart was born.

Skyhart is indie acoustic music for the introspective heart. The debut EP, Before Leaving, features 12 tracks that are an examination of the trials and tribulations of young love and a celebration of the future we have yet to live.

The lead single, ‘Pink Moscato’, is about walking away from people after they’ve hurt you, and being able to see through their motives. “I wrote the song because I was trying to move on from an ex who was keeping me around as her “friend” – she couldn’t commit to us being together again but she was constantly using me as a crutch, and worse.” explains Gilliss, “Eventually I just had to step away and realize it wasn’t good for me. It’s about being able to learn from that sort of thing.”

Before Leaving was a true labor of love. “Years of work and reworking have come to fruition in this release, an examination of my character in all its flaws to display the rawest form of humanity.” says Gilliss.

Before Leaving is now streaming on all digital platforms.