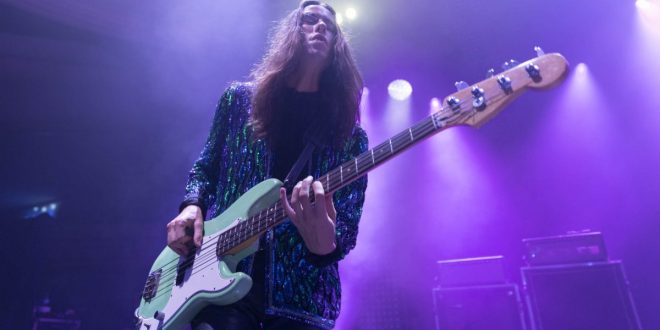 Michigan rockers Greta Van Fleet have released yet another part to their Live at the Red Rocks Amphitheater  film which was recorded last year in Morrison, Colorado. So far, the band has released three instalments of the film, with a fourth part expected to be released sometime later this week.

Act three sees the band take fans down a psychedelic trip through rock n’roll history on their yet to be released track “Blag Flag Exposition.”  The live version clocks in at over fifteen minutes long with very little action from lead singer Josh Kiszka. His twin brother Jake takes the reins on this one, with the entire performance essentially being one prolonged guitar solo. To witness “Black Flag Exposition” live is an experience one simply does not forget.

The footage ends with “Watching Over” and “When The Curtain Falls,” both of which were singles off the band’s debut album Anthem Of The Peaceful Army released in 2018. The band is rumoured to have new music dropping by the end of 2020, with the hopes of their sophomore album coming shortly after. Watch Greta Van Fleet – Live at the Red Rocks Amphitheater: Act 3 below.