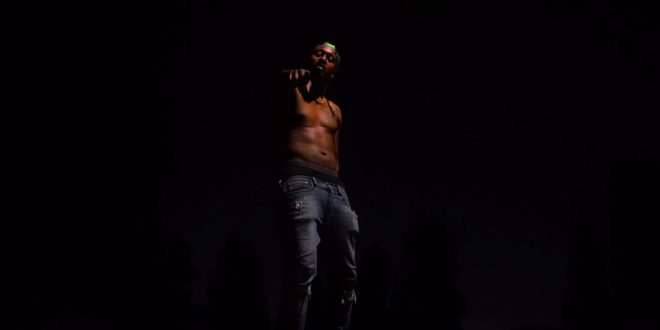 Grizzy James is a California rapper and songwriter based in Long Beach. From a young age, he would spend his time reading children’s books, such as the Shel Silverstein classics “Where the Sidewalk Ends” and “A Light in the Attic.” At age 11, he developed an interest in poetry, and by 13, composed his first original song. That passion, combined with his coming from an extensively musical family, is what continues to shape his artistry today.

Recently, Grizzy James dropped the accompanying video for the freestyle track, “Level,” his fourth single since debuting in 2017. The video’s spotlight-based concept is refreshing, and quite the contrast from his sunny, lighthearted videos from previous years. It also factors well in relation to the tones of the music, thematic delivery, and gesticulations. Taking the general presentation into perspective, it seems as though Grizzy James is reflecting about being at the top, or at most, being in a place in life where he feels especially competent with his abilities. It won’t be long before this freestyle earns him another success.

I come from a family who is passionate about all things music. I learned to sing at an early age, and by 13, had my very own Fender Strat guitar. I tried my hardest at learning all that I could. Because I was born with cerebral palsy, I had to teach myself an adaptive playing style. I learned to write and record my own music, despite these difficulties. In college, I started making great use of my writing abilities by reviewing music, as well as copy editing. I guess it's best to stick with what you know, while welcoming a fair challenge at the same time.
Previous Bad Suns debut official music video for new tune “Baby Blue Shades”
Next Hard Rock Band VOXX Releases Hard-hitting, Timely New Single And Video