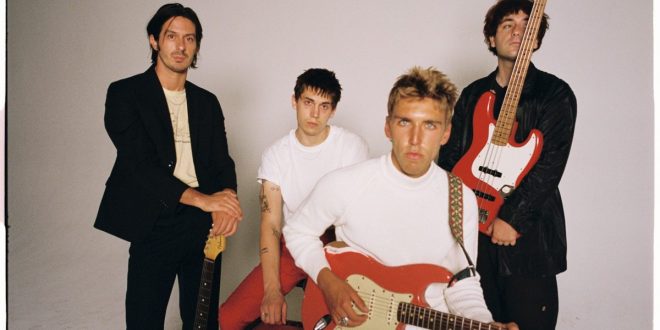 “’Baby Blue Shades’ was one of those songs sent from the cosmos without a moment’s warning,” says vocalist Christo Bowman “Extracted from a feeling of helplessness and desperation, following hours of unfruitful labor, the music came right to my hands and out of my mouth in a flash, along with a sense of euphoria. That cycle of emotions is exactly what you hear in this song.”

Today, the band unveil the vibrant and fun music video for the track directed by Logan Rice.