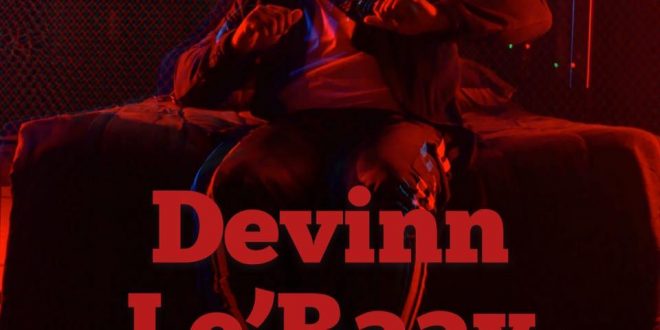 It’s been said by a number of critics in recent times that there has never been quite as talented a generation of R&B players as the one emerging from the shadows right now, and when listening to the tracks “Still Luv Me?” and “Gas U Up” by Devinn Le’Raay, it’s hard to deem this narrative as anything other than gospel truth. Devinn Le’Raay brings his A-game into the studio for this two steamy club ballads, and though his attack bears likeness to elements of G-funk and a touch of new jack swing at its most restrained, there’s nothing specifically retro about the style of these singles or their music videos.

Le’Raay has a lot of swagger in his delivery once he steps up to the mic and starts taking control of the rhythm in “Gas U Up,” and while the tone of his lyricism isn’t quite as humble as it is in “Still Luv Me?,” much of the same accessible personality is still driving home the biggest points here. No matter what the material he’s working with, this is a singer and songwriter who seems determined to imprint a bit of his own soul in the sonic details that exist between instruments and a vocalist. I like his attention to detail, and more important than that, the warmth of his harmonies in both songs.

Emotional and sophisticated beyond the point of debate, “Still Luv Me?” and “Gas U Up” are a terrific sampling of who Devinn Le’Raay is when he gets into the studio and the chemistry is clicking in all the right ways. His discography is getting a fair share of the limelight among indie critics in 2020, and for those who are curious about what all of the hype is for, these are definitely the track/video combos you need to see.