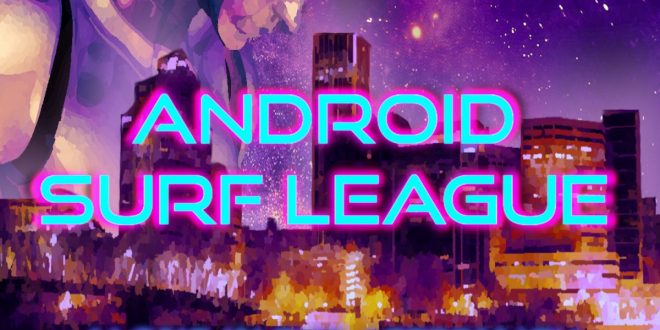 California born and Oregon raised, Portland based multi-instrumentalist Ryan Glass is no stranger to finding influence in many places. His first electronic music project, Filthy Frackers, was born out of his interests in photo manipulation and retro gaming, and allowed him an avenue to play with retro and contemporary synthesizer sounds, that when combined with his exceptional ear for music, helped him capture the attention of outlets such as Spin, Time, VICE, MTV, Loudwire, Sony Music, and NPR.

From his early days of picking up a guitar and fitting into the indie scene of the Pacific Northwest, to his more recent exploration into electronic music, Ryan creates songs that exist in the overlap of genres. His latest solo project, Android Surf League, is no exception.

Android Surf League takes inspiration from and blends elements of different genres like EDM, Synthwave, and Outrun, and gives his songs movement by fluctuating moods, tempos, and alternating complimentary and contrasting sound palettes. 80’s-era synth and drumbeats act as launch pads for catchy leads and melodic hooks to take off, eventually landing and finding residence in the listener’s “songs to hum” memory bank.

Being that it was born during the global COVID-19 pandemic, Android Surf League is a true solo project, from mixing and mastering to creating album art, and released its debut album, Alone in the Aftermath, on September 18th 2020.

Stephen Vicino is the founder of MusicExistence.com. He created this site to give talented musicians a voice and a way to be discovered.
@@svicino
Previous Interview: Armon Jay on His New Album “The Dark Side Of Happiness”
Next DraMatiQue releases highly anticipated debut album ” Millionaire “