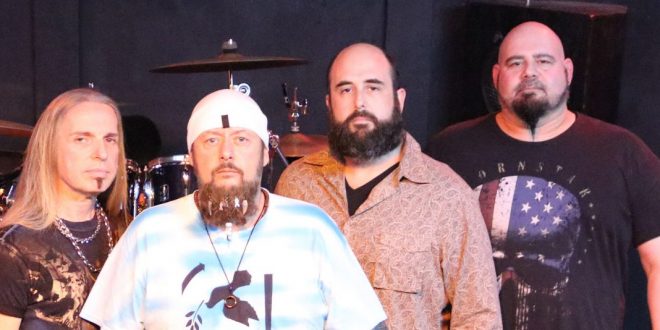 Florida-based hard rock band 308 Ghost Train is happy to announce the release of their latest music video. “Bleed Over Me” was directed by frontman Anthony “Train” Caruso’s girlfriend, Amanda Reese. Shot on location in Palmetto, Florida, “Train” says that the video perfectly captures the “calm and the chaos” in his mind:

“My mind is constantly turning and creating, and I wanted the depiction of the video to be a visual of what goes on inside my head…she (Amanda Reese) hit it perfectly.”

Watch “Bleed Over Me” at https://youtu.be/uWLdrSIo_LA.

Written by Caruso and Nathan Kintner, “Bleed Over Me” is from the band’s forthcoming second EP release, Train Of Thought. 308 Ghost Train has racked up over 35 million streams of its music on Spotify and Soundcloud.

Caruso, along with Reese, is the founder of the 1 Heart at a Time Organization, which benefits various local and national charities.

Caruso will also be doing press and interviews while recording the band’s next singles in Nashville, and visiting Sturgis and Rapid City areas beginning September 20th thru the 1st of October.

ABOUT 308 GHOST TRAIN: 308 Ghost Train is an original rock act from Cortez, Florida with a sound based in the best of rock’s past and an uplifting and inspiring message for the people of today. They call it “Message Oriented Rock with a Classic Vibe”. 308 GHOST TRAIN makes music for music fans of all ages who’ve become disenfranchised with current trends and long for music with more alignment to the mainstream rock genre, music with substance and memorable style. The first EP, “Born InThe Wild”, started releasing singles on May 24th, 2019, featuring five songs. The new EP “Train Of Thought” will be releasing singles starting with “Bleed Over Me” which hit #1 on the iTunes Rock Songs chart in South Africa! http://www.308ghosttrain.com