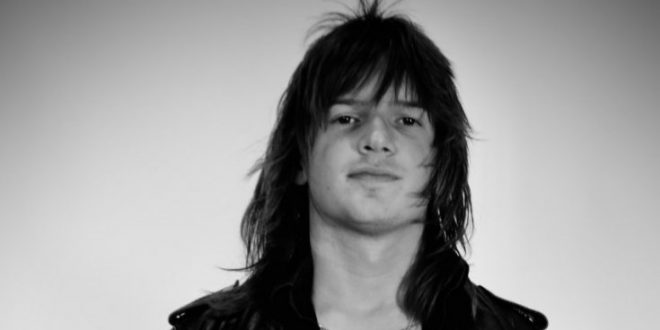 Starliner is the stage name of Dillan Dostál, a singer/songwriter based in Houston, Texas. From a young age, Dostál became recognized for his guitar skills and was active in numerous local rock bands. His most recent band endeavor was as a member of The Drugstore Gypsies, a nationally-touring southern rock quintet who received significant acclaim from their coverage in Rolling Stone. Now performing solo as Starliner, Dostál has marked 2020 with his debut single, “Never Satisfied,” a fitting statement for his journey toward continued success.

The new single, off Dostál’s upcoming EP 20/20, maintains the heaviness of his band outings, this time opting for a clearer throwback, anthemic approach. I can appreciate how Dostál’s vocals exhibit decent range alongside the instrumentation, with both his projected and stationary forms fairing equally well. In this new era, particularly in the vein of more conventional, straight-ahead rock, the song’s production is similarly utilized – boldly polished, but actually functioning as a boost for the general drive of its foundation, rather than pure pop sanitation. I look forward to how Dostál’s further releases, including 20/20, will pan out under the Starliner name, as well as his thematic addressing of this life change given these ongoing circumstances.

I come from a family who is passionate about all things music. I learned to sing at an early age, and by 13, had my very own Fender Strat guitar. I tried my hardest at learning all that I could. Because I was born with cerebral palsy, I had to teach myself an adaptive playing style. I learned to write and record my own music, despite these difficulties. In college, I started making great use of my writing abilities by reviewing music, as well as copy editing. I guess it's best to stick with what you know, while welcoming a fair challenge at the same time.
Previous HADEES MARKET Releases Third Single Off of Upcoming ‘To the Island, from the Lake,’ “Another Way”
Next Exclusive Interview With Top 5 Billboard Charting Gospel Artist Chris Bender