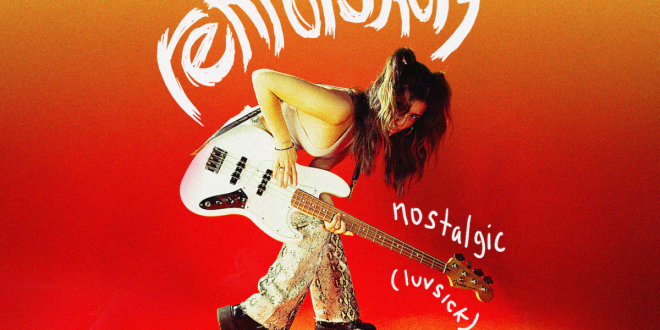 With just about every teen alternative pop songwriter attempting to mimic the success Billie Eilish set forth last year, it’s incredibly refreshing to see a young female pop artist like renforshort continue to pave her own path through such an over saturated industry.

While many artists have used 2020 as a chance to step back and reflect on how they want to move forward in a world without touring, renforshort has done the opposite and used this year to amplify her online presence in the digital world. She released her debut EP “teenage angst” in March, partnered with Linkin Park’s Mike Shinoda for her “i drive me mad” remix and has continued releasing singles throughout the year.

Today comes “nostalgic (luvsick),” another upbeat guitar driven pop song to add to her growing pop-rock repertoire. The influence of early 2000s guitar rock is apparent, but it’s her witty lyrics and monotone vocals that make renforshort such a stand out artist in 2020. She speaks the language of her Generation-Z colleagues while continuously pulling sounds from a wide variety of rock genres from generations past.

Katie is a Toronto based writer for Music Existence. She loves all things rock n' roll & Star Wars.
@katietymo
Previous He calls himself a GOD! New song YOURDAY by EnergyGod FT Fushway Jones and Mt. OddO!.
Next HADEES MARKET Releases Third Single Off of Upcoming ‘To the Island, from the Lake,’ “Another Way”