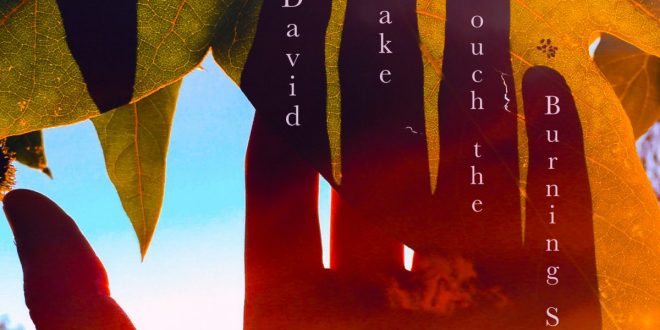 A surreal lake. The canoe with a single occupant. An accompanying soundtrack as supple as it is inviting and emotive in tone. Like scenes from a dream, David Drake’s music video for the single “Touch the Burning Sky” is undisputedly one of the better releases of its kind you’re going to hear from a relative newcomer to spotlight this season. With a melodic underpinning that is both sophisticated and relatively simple at the same time, “Touch the Burning Sky” is a deceptively complex piece of music that feels deliberately introspective, and in a year rewarding a lot of mindless self-indulgence, it’s quite the find indeed.

The video for this single is really entrancing, but the music is ultimately what makes it feel as postmodern as it does. There’s something quite hypnotic about the glow of the sun against the lake, but when it’s joined to the subtle piano melody in the background, the overall vibe gets just a little chillier than it would have been without the imagery. Drake clearly was thinking about creating a full-bodied experience here, and through his rather artsy efforts, we wind up with one of the more multidimensional videos of its kind to debut in the past month.

I love the dynamic between the vocal and the hesitant guitar strings right around the two minute mark in this track, and though it creates a bit of tension in front of the picturesque backdrop, I think this contrast was important in order to appreciate the full scope of emotions in play. Drake’s words aren’t the only creative element bearing a lot of weight here; if anything, they’re sharing the burden of conveying the narrative with every instrumental component in the mix (each of which, I’d note, has a different textural balance to throw into the pot).

There’s definitely a vintage folk-rock influence over David Drake’s sound, but it’s meshed with an alternative approach to Americana that inevitably ties his sound to the contemporary over the old school. Nothing is quite as unbecoming as a young artist who seems fixated on reliving a past they were never apart of in the first place, but this isn’t an issue in “Touch the Burning Sky;” we’re getting introduced to a youthful singer/songwriter in this single who isn’t interested in recycling history so much as he is learning from it. That’s more than I can say for some of his peers on either side of the dial.

David Drake only has two songs in his discography at the moment – “Touch the Burning Sky” being his most recent studio work – but he’s already showing the sort of potential that turns more than a couple of heads in a crowd of critics. This has been a competitive year for emerging singer/songwriters, and though there have been as many lackluster players as there have been true stars, this is one artist I would recommend any indie audiophile pay some attention to. “Touch the Burning Sky” is getting the ball rolling for his career, and once you’ve heard it, you’ll understand why I think it’s as noteworthy as I do.