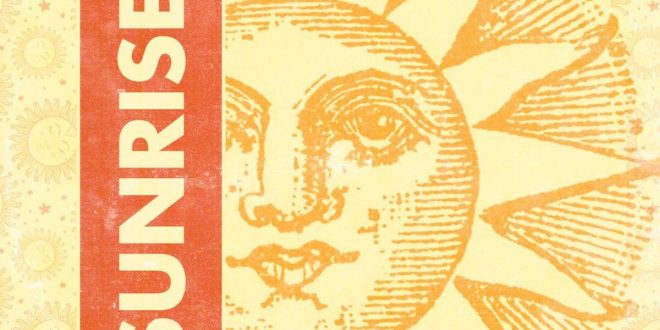 Initially rather unassuming but quickly revealed to be the heaviest component of the track, the rhythm in Brandon Phillips and The Condition’s “Sunrise” is absolutely one of the most charming features this all-new single and music video has to offer, but hardly the only reason to give it a listen this summer. Brandon Phillips and The Condition dabble in retro-style themes in this latest release, but while “Sunrise” feels a bit like an admission of artistic lineage if you take its narrative at face-value, there’s a lot to learn about its creators from a simple studying of its compositional foundations.

The biggest centerpiece here is the harmony started by the singers, and even if you’ve heard this band’s work before, you can’t dispute how tight and evolved they sound in this instance compared to previous recordings. The chemistry between the players is amazing in both the song and its smoke-stained music video, and if I didn’t know any better I would have assumed they had already recorded a couple of albums together rather than a handful of singles. The potential is there, and you don’t need to be a professional critic to acknowledge as much.

I love the style of the master mix in this track, specifically with regards to how definitively it separates the instrumental elements as to allow listeners to enjoy a full-bodied, collective punch in the chorus. There’s no overlap between the strings and the percussion, and the lead vocal is always employed as the linchpin in the center of all the chaos. This is a meticulous creation on the part of producers and Brandon Phillips, who leads his troops into battle like a well-versed general with a battle plan he intends on following to the very end.

Though I didn’t know much about Brandon Phillips and The Condition prior to getting a taste of “Sunrise” just recently, I’m planning on following their future developments a lot more closely than I had been. 2020 is presenting us with a strange time and culture in which to experience modern music, and while things seem a little shaky in certain spots, indie rockers like this group are managing to keep the American underground very interesting to watch. The video for “Sunrise” encapsulates a vibe of bohemian surrealism quite fitting for the era we’re living in, but more importantly, it tells us that Brandon Phillips and The Condition can be relied on for seriously provocative dispatches.