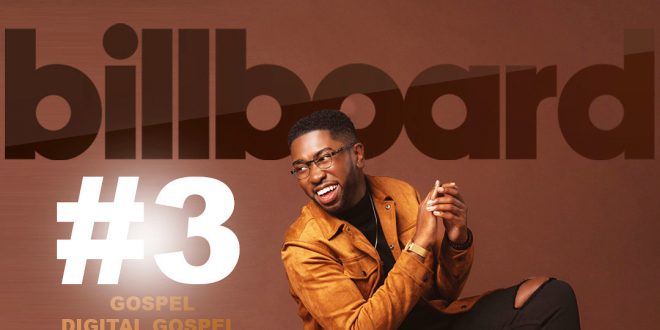 The Boston gospel artist has released the official music video for his recent Top 3 Billboard magazine gospel hit. The video was shot around his hometown.

Last month, Chris Bender released his follow-up to a Top 25 Billboard Gospel chart hit, “The Blood Song.” His latest release, “Glad In It” eclipsed that success by debuting at #3 on the same chart. Now, the Boston native has unleashed an almost 6 minute-long Official Music Video for “Glad In It.”

Filmed in and around Boston, and at Liberty Life Church, “Glad In It” features Bender’s high energy performance scenes, coupled with conceptual video shots. Produced and directed by Khairie Alim and Executive Produced by Bender, the video made it’s premiere on the Eone Entertainment Youtube channel this past Friday, August 28th, 2020.

Watch the Official Music Video for “Glad In It” at https://www.youtube.com/watch?v=SciX11F7YEQ

ABOUT CHRIS BENDER: Born in Stoughton, Massachusetts and raised by his mother in Brockton, Massachusetts, Christopher Bender was surrounded by a loving and God-fearing environment. With a foundation built on the love of God, Chris grew up watching his family serve and operate in ministry. At the age of seven, Chris felt compelled to know Christ as his personal savior. At the age of thirteen, it was revealed to Chris that his purpose was to minister through worship, leading Chris to where he is today, sharing the love and gospel of Christ to the world.

Chris has been privileged to minister alongside some of Gospel’s most influential such as Shirley Caesar, Donnie McClurkin, JJ Hairston, Fred Hammond, and Israel Houghton just to name a few. He has also been favored to work with Rashad McPherson (Featured on “You’ll Live, Not Die”, 2015), Ayana McDonald, David Altenor (Featured on “We Praise You”, 2015), Amante Lacey (Featured on “Alive”, 2016), and Matthew Greaves (featured on “Great is Yahweh”, 2017). He was also recognized for winning the 2014 “Artist of the Year” Angelic Award in the winter of 2014 and “Best New Single” Eddy Award in the winter of 2019 for his first single, “More of You”.