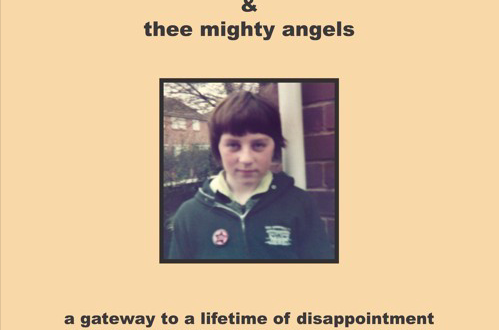 Bursting at the seams with a color that will only get brighter as we get deeper into the tracklist, “In Love and War” initiates the thrill ride David Newton & Thee Mighty Angels are intent on taking us on in their new album A Gateway to a Lifetime of Disappointment, but it’s hardly the lone eruption of energy featured in the album’s first half. Beside the disciplined swinger “The Kids Are Not Alright,” it’s easy to see why some might deem “In Love and War” the crazier wild child of the two, but at the same time, neither of these tracks sport the freewheeling energy of “The Songs That Changed Our Lives.” Whether that’s because of Eddie Argos’ stopping by for the latter or not is irrelevant; what matters in this record is that, no matter which song we’re listening to, filler is nowhere to be found.

“Avoid It” picks up the tempo from where “The Songs That Changed Our Lives” leaves off and injects the mood of the music with a heady dash of post-punk polish. The sparkle on the harmonies runs into a wall thanks to the lack of indulgent reverb, but this doesn’t yield as discordant a finish as some might assume it would; on the contrary, the contrasts of both tonality and texture in this material is as important to our understanding the narrative as any of the lyrics are. Linguistics can only express so much before falling off a cliff, and for this kind of a project, Newton was wise to employ every tool in his war chest.

One of the most conventional songs on A Gateway to a Lifetime of Disappointment is “My First Band,” but I would be lying to you if I said it wasn’t one of the more fetching in the whole of the LP. Its rambunctious rhythm is more than enough to bring me back to its hook a couple of times within the same listening session, and alongside “Paint the Town” and the acrylic “Connect with You,” I think it demonstrates a lot of compositional depth from David Newton. He’s refined his style significantly in the last few decades, and from my perspective, he’s sounding more mature and well-rounded in his general approach than he ever did before (certainly no small statement for any critic to make).

“Bittersweet” slugs us with a juggernaut of a sharp melody before turning us over to the upbeat balladry of a relatively folky “This Time,” but by this point, the echo of the preceding electric melodicism is too engrained within us to be ignored for the sake of creative analyses. A Gateway to a Lifetime of Disappointment comes to a conclusion with “Everything Is Just So,” a grungy stab at pop perfection that comes as close as anything on a contemporary alternative rock record could without sounding utterly saccharine. I’ve listened to this album all the way through a few times now, and I must say it’s definitely one of the more addictive of any I’ve heard from an indie rocker in some time. The bottom line? Five of five stars, David Newton submits another classic in this all-new venture. 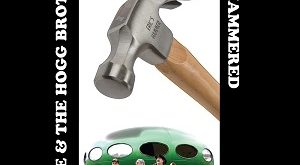