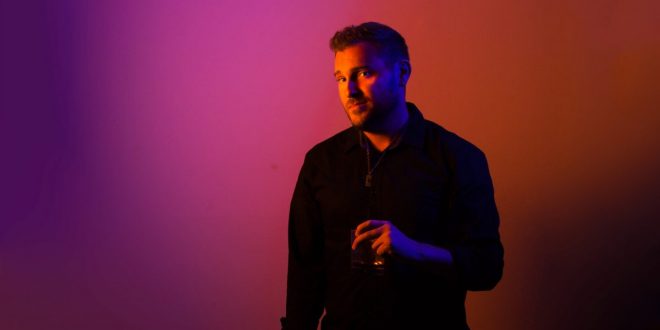 5
SHARES
FacebookTwitter
Cleveland-based alternative artist Sean Benjamin is known for his smooth and seductive vocals over genre-bending songs that draw influence ranging from Peter Gabriel and INXS to G. Love and Jack Johnson to Wilson Pickett and Dean Martin. After cutting his teeth in college bars across the midwest, Benjamin got his first big break on Sirius XM’s Opie and Anthony Show while in New York City for a tour date.

Following the appearance, the singer/songwriter partnered with long-time show contributor and producer Dru Boogie to create an epic psychedelic pop album I Exist, that featured the singles “Hypnotized”, “Chain Reaction”, “Love Me Like a Drug” and “Sky Dive”.

Promoting the album, Sean toured the United States and United Kingdom, joining lineups featuring bands like Goo Goo Dolls, Howie Day, Red Wanting Blue, Mickey Avalon, Switchfoot, Hey Monea! and Gin Blossoms. In 2018, Benjamin released the single “Elaborate” after making his second trip across the Atlantic to perform in England and Scotland again, and for the first time in Dublin, Ireland. Coming off of a busy show schedule that included festivals such as ComFest, Millennium Music Conference, and Singer Songwriter Cape May, the touring has been put on pause in 2020, but the music has not. Benjamin has released a 3-song mini-EP “Find Your Own Way Out” with more music on the way.

The “Find Your Own Way Out” EP is focused more on blues rock than Benjamin’s past outings. The release opens with its titular track, a bluesy indictment of a former relationship from the perspective of someone who is fed up with unreciprocated effort and acts of devotion. In retrospect, this is rarely the reality of the situation, and more often than not, an outburst of selfishness in a moment of weakness.

After the ties have been severed, the second track’s offers a response in the form of an upbeat flirtatious quest to fill the void with a new relationship based on the same type of intoxicating crush that built its predecessor. The song references former flames and crushes, both real and fictitious, itching to find a passion that could ignite a fiery new love story.

The final track is an instrumental reimagining of the opening song. The blues influence is even more pronounced in this rumination of being left feeling empty and out of control. Only after allowing the emotions to ebb and flow, can the fog of withdrawal dissipate.