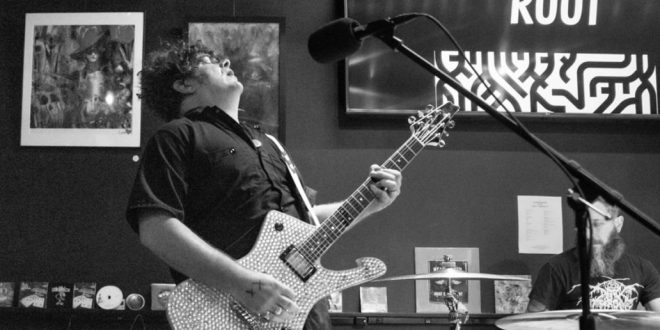 Single Review: Greg Hoy & the Boys “Leaving While You Stay”

Driven by a striking swing that is far more disciplined than the decadent overdrive on the guitar is, “Leaving While You Stay” slashes through our speakers and starts filling the air with a hard rock presence the moment we press the play button on this new single from Greg Hoy & the Boys. The video for “Leaving While You Stay” blasts us in the face with hazy colors to match the lusty groove that’s charging at us at maximum velocity, but while its imagery is quite eye-catching, it’s got nothing on the aesthetical depth of the riff that’s coming together before us in real time.

Lyrics are catapulted in our direction more than they’re actually sung in this single, but that isn’t a problem when factoring in the chemical reaction their influence provokes within the guitar and bassline’s dueling.

There’s so much pressure in the backend on this mix, but it’s never overwhelming to the point of making the melody here devolve into utter noise. From where I sit, the sonic chaos in “Leaving While You Stay,” while inconceivably harsh for the standard pop song, is what makes this song so sexy from the starting line to its conclusion.

“Leaving While You Stay” spirals in and out of focus on the back of a consistently assaultive beat before abruptly fading into the silence that it burst out of so aggressively some two and a half minutes earlier. I didn’t know much about Greg Hoy & the Boys before I got introduced to this song and its music video just a week ago, but I can understand why they’ve been able to develop a steady cult following in the American underground after getting a taste of their talents here.

I can’t speak for everyone, but I don’t think there should be any debate as to whether or not they’ve got the attitude, the persona, and now, with this single’s release, the volume to play with the biggest names in the game today.