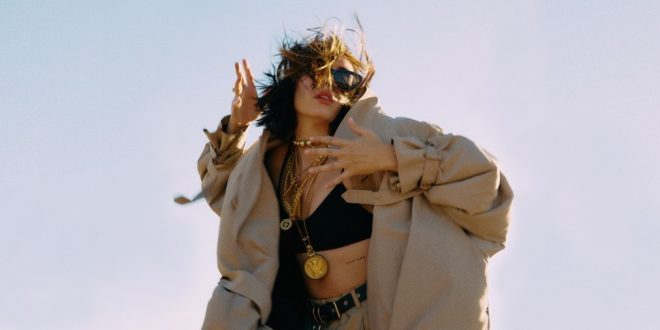 For Elohim, a soul-searching quest culminated in her most self-assured material to date. Much like Björk and Radiohead, whose experimental sounds inspired Elohim to teach herself production at a young age, she incorporates such orchestral touches and sonic explorations to shape her moods, in her latest single ‘I’m Lost.’ A testament to admitting and accepting a situation in order to move forward, the track also captures the pure joy Elohim experienced in creating it. “I was playing these bizarre parts using manipulated synths and quite literally lost myself in the process for a moment. The sounds and keyboard parts, the whole experience, took me to another planet.”

With over 300M+ combined global streams, an ever growing international fan-base and a soon to be released album, Elohim’s music explores the beauty of human connection. Her musical styles span the gamut from inventive electronic and indie alternative to unabashed pop with her stunning one-woman live shows set against a backdrop of breathtaking visuals that create an extrasensory experience.