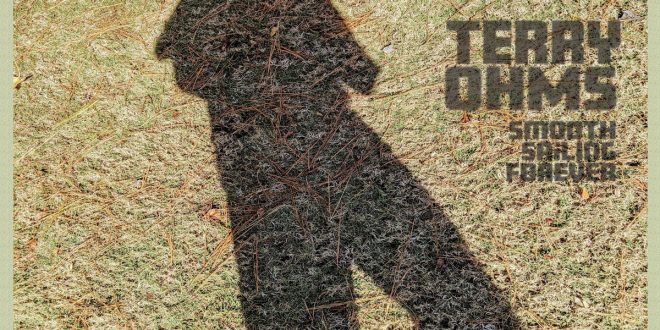 Smooth Sailing Forever is interesting because Terry Ohms is really the alter ego of one Wes McDonald, the songwriter and singer/guitarists for Vulture Whale and The Ohms, and now the drummer for dream-psych-rock outfit, People Years. McDonald himself can take the credit for it all but it’s nothing new because he’s gone by many titles reflected in his catalog dating back many years now. More importantly, this is a timely release that can’t help but reflect some of what’s going on in the current political climate but more environmentally and socially based on what is an overall very positive release.

The disc features ten tracks and opens with “Curse Of The Bat,” which is a good tune I am still processing. There is something compelling about every track but there is also a variety of topics and that is why the tracks can play in any order. “Artificial Waterfall” is nothing short of amazing, so it is where the whole thing takes off and never stops for me. This is really cutting deep into the fabric of current affairs and the state of the world at large with tongue in cheek results. All in all, once you hear this you start really paying attention.

“Sadness” follows with an epic self-reflecting ballad that falls somewhere between indie rock and Americana. This song has a true band feel to it but hand it all off to the creator because he does all the work and it at this point where you know it’s going to be a great collection of songs. “Gentle Caller” is an undeniably awesome piece of work that really rocks with swagger, and humorous vocals, not unlike you would hear from some rap artists/groups. It’s a fantastic cut with everything going for it, including the sassy lyrics which make it fun.

“When It’s All Over” gives you the feeling of longing for better times but not before things get harder, as the intro runs into a wall of sweet noise and the song unfolds into one of the most thought provoking tracks. This makes you definitely-want to go back and check out more releases if you don’t already know what McDonald (Terry Ohms) is cooking. “Do You Feel That” is only an appropriate title to follow that statement, so it does. And this is where the influences start to shine through and come on strong for the rest of the album.

“Get Together” is like an excellent homage to great singer/songwriters of the past while it is also a great original piece in its own right and probably one of the album’s best tracks. I am reminded of everyone from Bob Dylan to Mick Jagger and others on this terrific tune. But this is also where things start to wind down and you want more, which is the only drawback to any good album. “Time Has Come” is once again the appropriate title to follow that valuation as the positive message is to tell everyone you can that everything’s going be alright. And the album closes with two of its top tracks on “Through A Glass” and the amazing “Action Room” topping off a killer album.