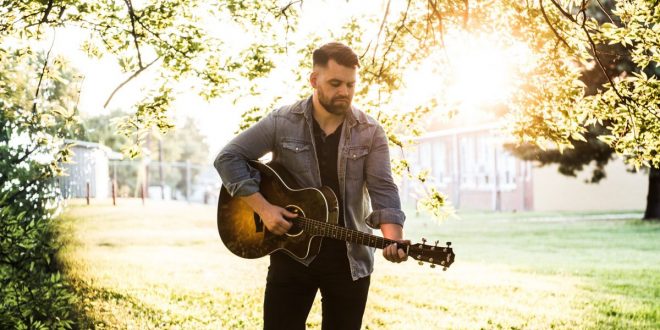 Growing up, Greg Owens packed his formative years with the sounds of Nirvana, Smashing Pumpkins, and Alice in Chains, as they shaped his learning to play guitar. By the time he was 16, Owens already gained traction in local dive bars, and it was on their dingy, cigarette smoke-fumed stages that he harnessed his penchant for performing. His scope of influences then became more diversified while playing with different bands, and began to include acoustic rock, jangle pop, and country into his sound. With the band The Whiskey Weather, he demonstrated his craft in a wider setting for the late 2010s with the EP, You Can’t Change a Man. Despite the many unforeseen challenges that 2020 has brought along with it, Owens has continued a steady single output, furthering the extent of his artistic growth.

Today, the Nashville, Tennessee-based musician returns with his latest single, “The Next 40,” which centers around his recently getting engaged. Elaborating on the song’s context, he states,

”I was excited to get married and be the best husband I could be, and it inspired me to write this song. While this was a happy time, in true Greg Owens fashion, I gave the song a bit of a melancholy feel. I’ve always been slightly obsessed with time and how there’s nothing we can do to stop it. The best that we can do is to make the most of it, or in this case, find a companion that can help you make the most of it.”

To flesh out the song’s somber nuances, Owens incorporated the help of violinist Ash St. John, who collaborated with him remotely from his St. Paul, Minnesota base. To a degree, Owens approaches the track with a type of full-circle sensibility. It sounds more in line with the grunge tones of his childhood, while the additional violin seems to represent the maturity of his outlook on life as he begins this new chapter. The ambiguity of the song’s title works effectively in a similar way. It is unclear whether Owens is referring to 40 days, weeks, or, more sensibly, years, but ultimately, Owens knows that he must continue to live the fullest life possible.

I come from a family who is passionate about all things music. I learned to sing at an early age, and by 13, had my very own Fender Strat guitar. I tried my hardest at learning all that I could. Because I was born with cerebral palsy, I had to teach myself an adaptive playing style. I learned to write and record my own music, despite these difficulties. In college, I started making great use of my writing abilities by reviewing music, as well as copy editing. I guess it's best to stick with what you know, while welcoming a fair challenge at the same time.
Previous COY Swede’s Highly Anticipated EDM Single “You Are”
Next Veteran Rockers Release Ode To Blue Collar America To Benefit Mom & Pop Stores