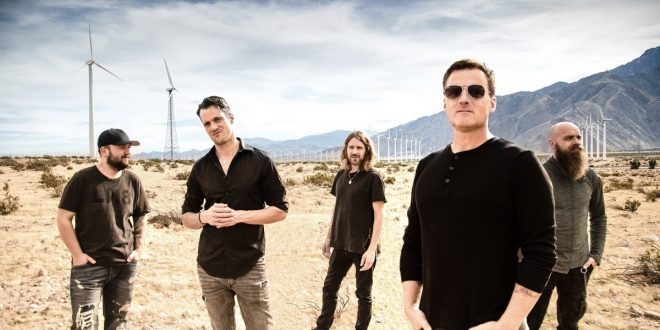 Making a good rock song involves a lot more than just throwing some potent riffs and bombastic beats into a single melting pot of melodies – you have to have feeling, and moreover, investment in the story you’re trying to tell for it to work properly. In Ocean Hills’ second single, “Death or Liberty,” the up and coming hard rock syndicate put as much emotion into their lyrics as they do the throttling grooves that push every harmony through the speakers and into the air around us. They’re committed to rock’s integrity, and that’s more than obvious inside of the first minute of the video for “Death or Liberty.”

There are a couple of ways you can exude swagger in this kind of a track – the first being virtuosic guitar solos, the second being indulgent melodic frills that focus more on the vocal harmony, but this band manages to do a little of both here. Their confidence in the attack, especially as it relates to humanizing the lyrics with a passionate wale, is as raw and real as it gets without sounding gritty and punkish. For as many instrumental components as there are here – guitar, bass, drums, piano, vocals – everything is cohesive and, clearly, the product of fine-tuned discipline in and outside of the studio.

“Death or Liberty” is both a protest song and a rebellion against the mundane grooves of a jaded mainstream rock sound, and if it’s a good representation of who its performers really are, it should be only the first of many hits still to come. Ocean Hills are fiery and focused here, and provided they keep their nose to the grindstone through their next couple of releases, they’re going to have a cult following all their own in no time at all.