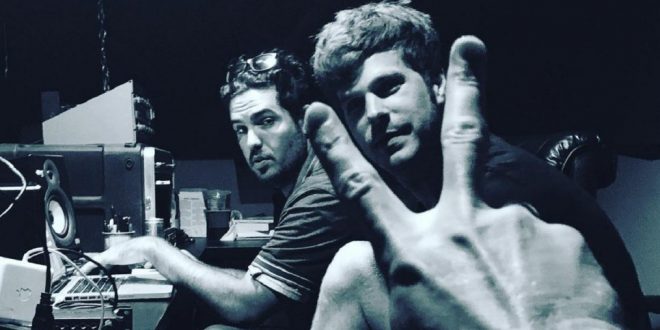 Clandestine but colorful and melodic in every department that matters, the new single “Blossoms” from indie poppers OK Mayday might not be the loudest and proudest display of swagger you hear out of the American underground this summer, but it’s definitely one of the most sonically alluring without question. OK Mayday stay away from over the top theatrics in this latest track and its accompanying music video, instead choosing to rely on the trademark tools of their trade that have helped to win them the exposure that they’ve benefited from in their career thus far. It’s a humble offering, but definitely not a limited look at its creators’ artistic profile.

The video for “Blossoms” is careful to avoid drifting into supersized cinematic territory, instead favoring something a little more cut and dry as to let the soundtrack speak for itself. There’s nothing to come between the artist and the audience in this mix; the music is crisp and solidly robust, even at its most fragile in tone, and the textures that each of the melodic instruments impart are well-preserved despite the synthetic elements in the song. You can tell some time and thought went into making everything perfect in this release; to me, it feels like a major statement from OK Mayday about where they’re headed next.

I didn’t really know very much about this band before I got into “Blossoms” just recently, but I absolutely love what they’re producing at this juncture of their career and am very curious to see and hear what they’re going to cultivate in the studio over the next few years. OK Mayday afford us an effortlessly smooth pop listen in this track that I wasn’t expecting to hear from an indie act this summer, and for what I look for in the genre, it couldn’t be a more satisfying treat at the moment.