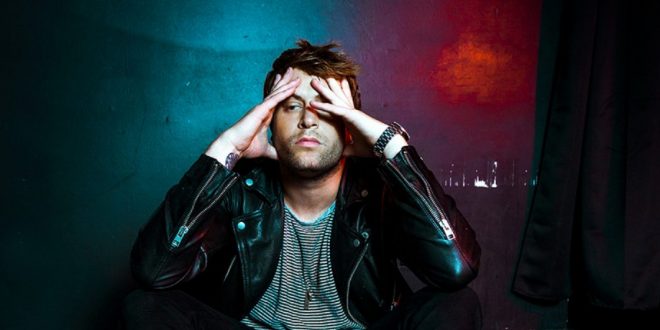 The harmonies in Little Hurt’s new single and music video “Alaska” are both broodingly aggressive in spots while being light and feathery in others, but no matter how much of a punch he’s putting into his vocal, singer/songwriter Colin Dieden isn’t backing down from the challenge of turning us on with tonal bliss in this brand new release.

He doesn’t have any time for the mundane indulgences of his peers; he’s all about accentuating a familiar pop melodicism in “Alaska,” and although the vocal is delivered slickly, it doesn’t bear an inauthentic gloss at all. For the better part of 2020, most of the pop music that has made the news has centered on the concept of commiserating a year that feels increasingly lost to the political, social and medical tragedies seeming to befall every day in some way, shape or form, but this isn’t the case with this single at all. Instead of getting bogged down by current events, Dieden is celebrating life and pop magic in this track – and making it tough for us not to do the same.

The chorus is pretty stacked in the master mix, starting with the vocal element, in a bit of a throwback to early 2010s pop/rock, but I would stop shy of saying that Little Hurt is reviving the last bastions of the post-millennium alternative movement with his melodies here. The music video for “Alaska” keeps the harmonies and the beats that follow them as the most attractive component for us to enjoy – which is really saying something given the quality of the shots – and even though it’s a short release (3:30 for the video) it doesn’t feel all that limited. I would have liked a little more emphasis on the guitar parts, particularly closer to the middle portion of the song, but only because of how well they colorize the lyrics that Dieden is singing to us. He’s seamlessly joined with the melody of the strings in this mix, but thanks to the clarity of the mastering, there’s scarcely an instance in which we aren’t able to tell where one end of their harmony begins and the other fades away.

To put it as simply as I can, indie rock fans who are dying for something a little poppy that isn’t saturated in market-approved melancholy shouldn’t miss out on what Little Hurt is serving up in spades with this most recent studio recording and its sweet music video. “Alaska” has a springiness to its step that makes anyone within earshot of the beat want to abandon their worries in favor of getting lost in the majestic nature of the harmony, and these days, that’s precisely the kind of relief that most of us would pay good money to acquire. As stressful as the world can get from time to time, artists like Little Hurt are making it a bit easier for us to survive from one moment to the next through music that couples optimism with honest melodies when we need them the most.