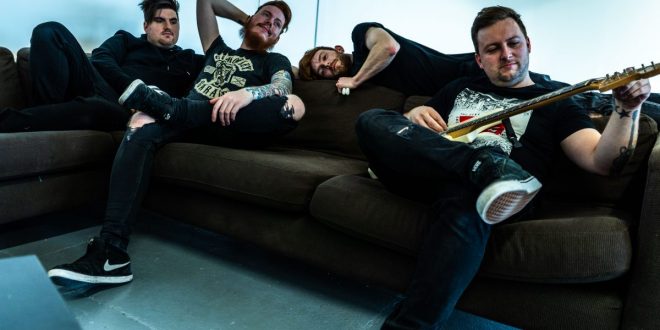 Make A Plan To ‘Run Away’ With Parallel Lights

Scottish pop-punks Parallel Lights are back with their new single ‘Run Away’, which they say is a message of hope. About the new single, the band says “It dives into the feeling we all have of running away and tells us that’s okay.”

Parallel Lights Are Livingston’s favourite Pop-Punk Quartet. This Scottish Melodic Pop-Punk Band, Consisting of Jamie Morrow (Vocals, Guitar) Paul Newling (Vocals, Bass) Shane Stevens (Drums) Decided to come together and form the band in the Summer of 2015 and had Ryan Zdrojewski (Vocals, Guitar) join a few years later in 2018. ​ When Parallel Lights first started out, They were your typical Pop-Punk band, balls to the wall, high energy, raw and in your face. Taken influences from Pop-Punk kings Blink-182, Green Day, Good Charlotte and Sum 41. Over the years the sound has matured as they’ve honed in on there own unique brand on what it is to be Pop-Punk. The first single of 2020 “Better Off This Way” shows the band are doing incredible things with the new line up and tells fans that together, we can achieve anything.

CATCH UP WITH PARALLEL LIGHTS: