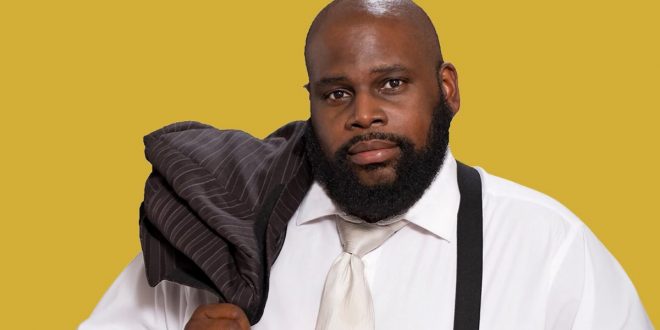 Anthony Brewer is a rising Atlanta, Georgia-based singer. Dubbed “the next great voice,” Brewer’s style is channeled in part through his formative years in live performance, having acted in various stage plays. He made his musical debut last year with “The Losing End,” having accumulated over 175 thousand streams on Spotify alone. Brewer has since come into 2020 collaborating closely with legendary songwriter Jimmy Roach, former Motown staffer and current owner of Jibaro Music. Together, they’d craft his current single, “Ferguson (Too Many),” its name an allusion to Ferguson, Missouri, one of the numerous sites of racial injustice and police brutality in America. The song will be included as part of his upcoming EP, Meet Anthony Brewer, slated for release on Friday.

Opening on a smooth R&B foundation, the song’s instrumental approach provides a welcome contrast to its somber thematic nature. Brewer’s vocal tonality is noteworthy in regard to his title, its complementary rhythmic and vibration factor exhibiting exceptional pacing and control. Throughout, Brewer soulfully makes note of societal indifference on the grounds where peaceful protesting ensues, and follows up that point by emphasizing the general vulnerability among other people of color from subsequent escalating violence. With those incidents in mind, Brewer calls for justice for the victims, conveyed sincerely in a humble, yet firm approach. The depth and nuance of Brewer’s delivery, combined with Roach’s songwriting is a solid combination indeed, and it will certainly make for an engaging upcoming EP.

I come from a family who is passionate about all things music. I learned to sing at an early age, and by 13, had my very own Fender Strat guitar. I tried my hardest at learning all that I could. Because I was born with cerebral palsy, I had to teach myself an adaptive playing style. I learned to write and record my own music, despite these difficulties. In college, I started making great use of my writing abilities by reviewing music, as well as copy editing. I guess it's best to stick with what you know, while welcoming a fair challenge at the same time.
Previous The Whelming Waters Celebrates Life’s Vices on ‘Whiskey Song’
Next Single Review: A.T.L.D.V. “Hotel”