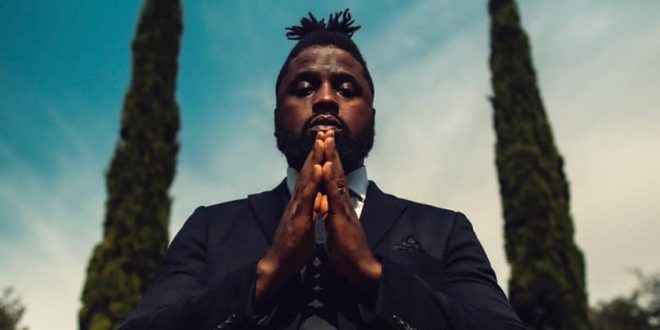 Philadelphia based Rapper, Producer & Film Maker, Eshon Burgundy releases a visual depiction of his moving music single, “Street Dreams” from his newly released album, Joppa [July 17, 2020]!  Directed by Dr. Ashley Emile for Timberhouse Films, “Street Dreams” opens up with the first scene sending the visual message “JESUS SAVES” on the top of a steeple. In the background, :58 seconds holds space for spoken word piece, recited by Zara Hairston, the wife of Eshon Burgundy, whom he praises highly for the support and helping him bring this film to light. During her very moving piece that echos the sentiment of every black woman who has ever loved and raised a black man. Accompanying and aiding her words, video shorts and snippets of black leaders such as Malcolm X, Martin Luther King Jr; segments from civil right uprisings, glimpses and flashes of racial tensions, oppression, and political speeches arise as quickly as they fade on screen, alerting the viewer of the songs conscientious tone. All the while, the focus begins pulling Eshon in to the story line, who walks his path, slowly, through a cemetery of deceased people, as if mimicking in a limited frame the ever growing pressures around black men in America and in society.

The next scene shifts to an exhausted preacher, fully clothed in a black suit, underneath a blazing sun, hoping to reach the lost. As he waves his Bible to an audience that is unseen, a narrator begins to quote a notable passage from the Bible, John 4:44 to be exact, [Also see Biblical reference, Matthew 13:57; Mark 6:4] that states, “For Jesus Himself testified that a prophet has no honor in his own country.” [NKJV, John the Disciple] which creates the foundation for the message in his song. Eshon opens with the chorus that states,

Got to Profit on it.[ Emphasized as if one has been influenced by a lesser power to seek money over saving the lost souls in the world]

Reach to the lost and scattered sheep,/better wake ’em up if they sleep, when they hear the spirit speak/Got a Prophet on it…/Got a profit on it”

The chorus, which holds and is clearly depicted to hold double meaning, is powerful and shines a light on the the reality many black men face today. It sets the tone for Eshon to speak on how he stepped out of the wrong path once he found spiritual enlightenment through His salvation. He addresses growing concerns, the reality of what he’s faced amongst his peers, the men in his community opting for treasures they stored on Earth over the promise of freedom and heaven;  and the conscious and subconscious choices black men are faced with to either rise up and become the “Prophet” that saves his own brother’s soul from self-inflicted and societal damnation; or become the damnation of himself and others. He addresses the conflict that he faces, even wanting to minister and save his own brother, continuing to,  but fearing the rejection from the only group of people that come close to understanding him.

“Street Dreams” is both timely and impactful, its a much needed conversation, that regardless of ones spiritual, religious ideals, or political beliefs needs to be had as it sends the message, “I am my brother’s keeper”…and Eshon is clearly on a mission to do just that!