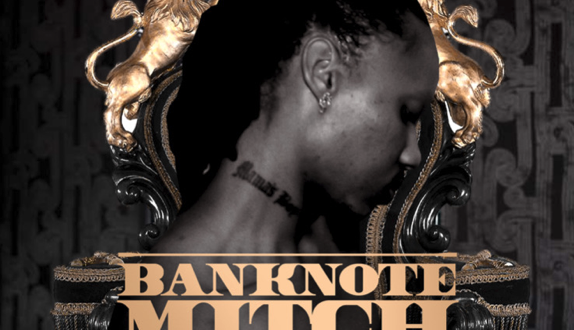 The Life And Chronicles of Uprising Artist Banknote Mitch

A 6 foot, 190-pound ball of pure passion is what some would call Mitchell Similton, better known by his stage name Banknote Mitch, an uprising American Rapper, Songwriter, Entrepreneur, Businessman, Equity Trader, Activist, and Writer of the 49th Law of Power. Born on February 20th, 1986 in Concord, North Carolina, he ended up only relocating to Charlotte, North Carolina two years later after watching his parents’ home burn to the ground. Some say he was baptized by fire, but the restless streets of Charlotte would end up eventually stealing his innocence. This would be his introduction to Hell, but luckily, chasing a better life would eventually create opportunities for the young kid to escape the streets before it completely consumed him.

Creating his own lane as a rapper garnered the attention he needed, utilizing his insatiable love of music to expand into bigger, more profitable ventures. Turning a life of tragedy, jail time and countless funerals into something productive he could be proud of. Upon entering the world of music as a fresh face, Mitch realized the entertainment industry was not what he expected. While creating new opportunities for himself through many major platforms, it also created twice as many problems; hence the saying, “more money, more problems.” Realizing that the cons outweighed the pros, Mitch subsequently returned home to North Carolina, leaving the life he created and once chased with every cell in his body, only to find the grass was not always greener on the other side in th end. These reasons and more, would be why a multimillionaire would disappear into the life of a nine-to-five to never be heard from again.

After in-depth research, Mitch’s net worth stood around 5 million USD. After hearing his story, we reached out to our best lead; a childhood friend by the name of Lamont “Billy D” Smith who was very protective of Mitch, and who he referred to as Royal Redd the big homie. It was basically an interrogation in an effort to learn our true intent on speaking with Mitch. Once he felt we were not a threat, the meeting was set up. I was excited that we got this far. Upon arriving at an undisclosed location, we were immediately frisked by men dressed in all red, who guided us into a fairly empty all-white apartment with all-white furniture to match. Mitchell “Banknote Mitch” Similton. Tattoos wrapped around his neck and arms. Platinum and diamonds draped around his neck, hands and wrist. I thought to myself, how could this guy hide in plain sight? But I was more anxious to learn his story, and so the questions began, and to our surprise, he wasn’t a drug lord, wasn’t a kingpin, Gangster, or any of the things that we originally heard. He turned out to be a legitimate activist in the community, helping feed and clothe the homeless with his own money. He spoke on police brutality as well as his own in counters with law enforcement. Starting at the early age of 7, he spoke with such a passion that we couldn’t help but feel his and his community’s pain.

Banknote is a man of the people and we thank him for taking the time out to speak with us. Before we were escorted out, he explained his plans to help others during the pandemic and asked us to quote one thing in this article: “Take action, register to vote & take control of your own future”. Thanks Mitch!