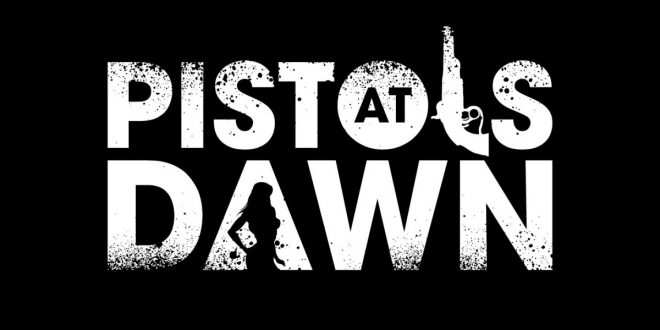 With more than 1.2 million views on their lyric videos and over 100,000 monthly Spotify streams, global hard rock band Pistols At Dawn are KILLING IT.

Listen to ‘Cold’, ‘Gauntlet’ & ‘All You Offer’ on Spotify

Now, the Atlanta-based rockers are set to rack up a couple million more listens as they ride the wave following their release of not one, not two, but THREE electrifying new hard rock singles: ‘Cold’, ‘Gauntlet’ and ‘All You Offer’.

Released in early 2020, all three high-octane singles were recorded and engineered by the iconic Jeff Tomei, a producer known for his work with artists like The Smashing Pumpkins and Matchbox Twenty, at Cock the Walk Studio in Atlanta, Georgia.

“We’re a high energy, heavy-hitting, heart-pumping, radio-ready hard rock band with a modern sound that pushes our listeners not to accept the status quo.” – PISTOLS AT DAWN

Formed in 2015 by drummer Adam Jaffe, guitarist Devin White, guitarist Mike Buffa, and bassist Billy Sullivan, Pistols At Dawn has been hailed as one of the best new hard rock bands in America – and the best from Atlanta since Mastodon and Sevendust. Virtuoso guitarist Buffa died tragically in 2018; the band reunited in 2019 with its first worldwide releases in early 2020. Vocals are led by elite frontman and former VH1 Rockstar Supernova finalist Chris Pierson.

The world is ever-changing, but hard rock music is constant and unassailable. Few bands epitomize the intensity, energy, power, and vintage creativity out of the gate like Pistols At Dawn. Go on — see if their tracks don’t ruffle your feathers!

‘Cold’, ‘Gauntlet’ and ‘All You Offer’ are now available on all digital streaming platforms.