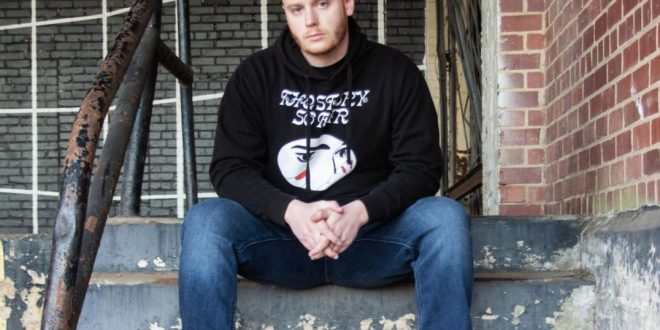 709
SHARES
FacebookTwitter
Charlotte, NC pop-punk/alternative rock act Two Eyes Open has released their new song, the emotionally poignant ‘Good Gone Away‘. This song reflects on the various feelings of loss we experience throughout our lives. “The first half of the song was written after a relationship fizzled out, and the second half was written about six months later when a friend passed away,” Says singer-songwriter Dustin Parlier. “It’s about realizing that love takes sacrifice; it’s never without some degree of pain.“
The track is the fourth single from a planned seven song EP entitled Satellites, but it is the sixth song overall that Two Eyes Open has released in 2020. After releasing the full-band songs ‘Disregard‘, ‘Inconvenience‘, and ‘The Summer’, frontman Dustin Parlier took a step back from the typical album launch plan to address what was going on in the world. “In reaction to the protests and injustices going on in the world, the song ‘Face The Light‘ poured out of me and I felt compelled to release it and try to make a difference,” explains Parlier. With a mission to support black rights organizations, Two Eyes Open was able to raise $500 for the NAACP with purchases of Face the Light.

Two Eyes Open’s most recent release is an acoustic cover of metal band Trivium’s ‘Sickness Unto You‘, which drew praise from the band’s frontman, Matt Heafy. Through video, Heafy said “Sounds fantastic. Your voice is amazing. Your range is really awesome,” and shared the song with his audience on Twitch.

Much like ‘Sickness Unto You’ and ‘Face The Light’, ‘Good Gone Away’ started out acoustically. “The song was written on an acoustic guitar after I had just moved to the coast.” explains Parlier, “The G string on the guitar had snapped and so I was missing that string, but decided to try and work around it. This song makes zero use of the G string because of that.”

‘Good Gone Away’ is currently streaming on all major platforms.

News Via: The Heart Riot Agency

Previous RAHWAY Releases Official Music Video for “Sugar”
Next Single Review: Galexi – Us and Them