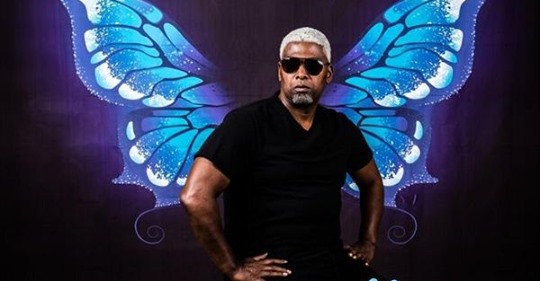 Christopher the Grey Brings out Classic Single ‘Fall Back and Chill’

“Everybody’s life goes up and down,

Everybody’s life goes round and round”

This is the chorus of one of the best songs I’ve heard in a good while. The track, appropriately entitled “Fall Back and Chill”, comes from one Christopher the Grey, he of “Butterflies” fame. Despite its easy-going name, “Fall Back and Chill” is a smart tune about the complexity of life.

Following the above lyrics, Christopher the Grey proceeds to tell us “Y’all better fall back and chill”, which I think sends out a great message, particularly in these difficult times we’re living in.

Let’s be clear, the song isn’t telling us to do nothing, but rather, the way I see it, at least, not to worry so much all the time. It has a great way of taking you back to when you were young and carefree and all you cared about was “cheap thrills”.

Obviously, it’s not telling us that’s what we should do instead, but I think it’s telling us to just let it be. With some very old school vibes, “Fall Back and Chill” is a surprisingly modern song that will definitely appeal to the youth of today.

It’s Christopher the Grey literally reaching out and offering some of his own wisdom to a young and possibly confused listener. It is, I think, the sort of song Christopher himself would have liked to hear when he was a teenager. And now here he is, older and wiser, shaping the younger generations.

Christopher the Grey is an artist with everything going for him. After his previous release, “Butterflies”, proved to be a hit, he’s come back on the music scene and delivered another high-class, quality tune, in the form of “Fall Back and Chill”.

A man whose passion for music was evident ever since he was a child, Christopher the Grey took a long absence from the music scene after the untimely passing of his parents, who’d inspired him to follow this path.

In the time he was away, he grew, both as an artist and as a person, and he learned. And now, he’s here to share his wisdom with the world.

Stephen Vicino is the founder of MusicExistence.com. He created this site to give talented musicians a voice and a way to be discovered.
@@svicino
Previous STATIC-X RELEASE OFFICIAL MUSIC VIDEO FOR “BRING YOU DOWN”
Next THE BRKN RELEASE NEW SONG “BE COOL” ON JULY 28 DEBUT EP NO. 3 OUT NOW VIA INGROOVES