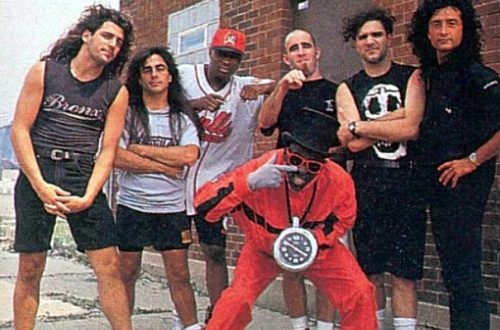 Behind The Scenes With Anthrax and Public Enemy “Bring The Noise”

2
SHARES
FacebookTwitter
During the recording of Persistence of Time, Scott Ian suggested the band – all big Public Enemy fans – record a cover of Public Enemy‘s “Bring The Noise.”  He loved the idea of recording a metal version of the song, of melding his guitar sound with Chuck D’s voice, plus, PE had name-checked Anthrax in the lyrics. Once the demo was arranged and recorded, Scott sent a cassette of it to Chuck D with the pitch for Chuck and Flavor Flav to record a version of the track with Anthrax.  After hearing the demo, Chuck D wholeheartedly agreed.  In June, 1991, the Anthrax-Public Enemy collaboration of “Bring The Noise” was released on Anthrax’s B-sides/rarities album Attack of the Killer B’s, and then on Public Enemy’s Apocalypse 91…The Enemy Strikes Black album in October of that same year.  The song blew up, and received a Grammy nomination for “Best Metal Performance.”  Then, on September 24, 1991, as part of Anthrax’s
Persistence of Time touring cycle, the two bands went out on the road together, the “Bring The Noise Tour” – Anthrax and Public Enemy, with Primus and the Young Black Teenagers supporting.  The shows ended with Anthrax and Public Enemy on stage together performing “Bring The Noise.”  As Charlie says in this episode, “this was one of the best tours we’ve ever done.”  Check out Episode Two:  “Public Enemy, “Bring The Noise” below.

Anthrax’s Persistence of Time 30th Anniversary Deluxe Edition will be released on August 21(Megaforce Records) and can be pre-ordered HERE.   Complete details on the package are accessible HERE.
Check out “Dali,” Episode One of the six-episode series that tells the stories behind Anthrax’s
Persistence of Time album and touring cycle.
In 2021, Anthrax will celebrate its 40th anniversary, four decades during which time the band has released 11 studio albums, been awarded multiple Gold and Platinum certifications, received six Grammy nominations and a host of other accolades from the media, the music industry and fans.  In 1991 the band helped break down race and genre barriers when they collaborated with Public Enemy on the track “Bring The Noise,” and was the first metal band to have its music heard on Mars when NASA played ” Got The Time” to wake up the Mars Rover in 2012.  Along with Metallica, Slayer and Megadeth, Anthrax is a card-carrying member of The Big Four, the four bands that defined the speed/thrash/metal genre.  Taking advantage of COVID-19’s prohibition of concert touring, the band is already hard at work writing the next Anthrax album.

NewYork Based Photographer. Music Enthusiast with a background in Graphic Design. Whether I'm shooting a live event or just out wondering the streets its about capturing the moment.
Previous Pig Destroyer Announce ‘The Octagonal Stairway’ EP and Share “The Cavalry” Music Video
Next STATIC-X RELEASE OFFICIAL MUSIC VIDEO FOR “BRING YOU DOWN” 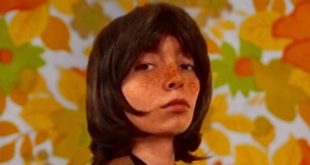