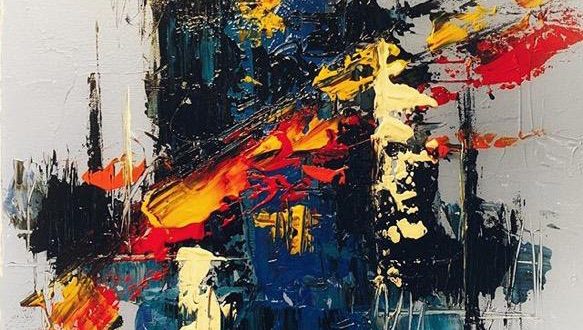 Whether crushing us with lush guitar-focused harmonies in “Fighting Sleep,” dazzling with rough-riding riffage in the surprisingly melodic “OK Let’s Try” or throwing down potent pop hooks in “Come to Us,” there’s scarcely a moment in Clouded, the new record from Les Nuby, that isn’t riddled with some level of physicality not normally found in today’s mainstream.

In Clouded, which serves as his debut solo album, Nuby drops quite a few Britpop-inspired numbers on us alongside layered, heavy harmonies and contemporarily surreal vibes while steering clear of throwbacks altogether, as to avoid being tethered to the ongoing retro movement in the underground. Laden with tracks like the acoustic “Say Love,” fiercely emotional “The Shadowlands,” politely ironic “Know What She Said” and unstoppably brooding “Hey Ivey,” this is an LP that doesn’t take much more than a cursory listening session to fall in love with. There are a lot of different angles to the underlying narrative here, but ultimately I think listeners are going to walk away with one consistent feeling – Les Nuby, at this stage of his career, sounds ready for the primetime spotlight like few others in his class are.

I love the guitar parts in this record, and in “Standing Still,” the sparkling “Never Falling Away” and balladic “Now It’s On,” they’re haunting to such an extent that they almost overshadow the vocals found elsewhere in the album. A lot of what Clouded consists of is similar to a 60’s framework but with an extraordinarily updated finish; no matter where we look in this tracklist, we’re constantly presented with a multidimensional polish to the music that implies both pop aesthetics and an understated postmodernity that begs for us to listen closer. There’s a lot of lyrical wit worth writing home about here, with “Fighting Sleep,” “The Shadowlands” and “Say Love” standing out as some of my favorite examples to put to. The verses capture the mood of the music as much as the rhythm encapsulates the lyrical direction in songs like “Never Falling Away,” and while the material on this disc tends to be more on the conceptual side, I’d hardly call it the product of creative overthinking.

As far as debuts go, this veteran player’s first solo venture is off to a great start thanks to the amount of effort and natural talent he’s afforded Clouded. Though there are quite a few emerging rock singer/songwriters in the underground of note at the moment, there haven’t been many that boast the kind of unfiltered potential this guy has here. Clouded’s best melodies are reminiscent of a late 80’s Bob Mould, but I’m hesitant to describe this record as a through and through alternative rock offering.

Les Nuby is definitely an artist that fans of the indie beat are going to be interested in taking a peek at before the summer is over, if for no other reason than to hear one of the more unguarded songwriters to come out of his scene in quite a long time.